I’ve been trying to put together photo collages of various textures for several years and haven’t been overly pleased with the results. I got to thinking about these collages again when I put together my ‘WPC: Southwest Textures’ for my travel blog.

This is the first image and it’s not quite working for me. 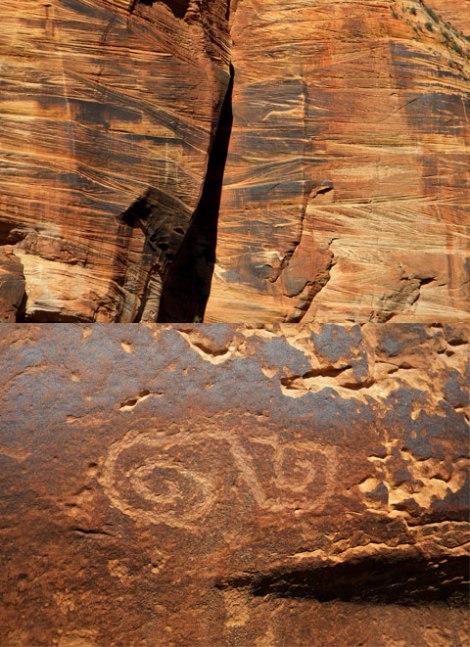 There were about 20 of these texture series collages in my American Southwest photos. So how could I make them pull together better?

My first thought was that I had butted every photo up against the next, therefore creating the feeling that the separate images were part of the same disjuncted photo. If I put space in between them would that help?

The answer was yes and no. They worked better but still didn’t have that ‘series’ feel. After a lot of thinking I wondered if something as simple as having all the images in a strong recognizable shape such as a square would pull the series together.

This is a lot closer to what I had in mind, and I like it better than the original above. What do you think? 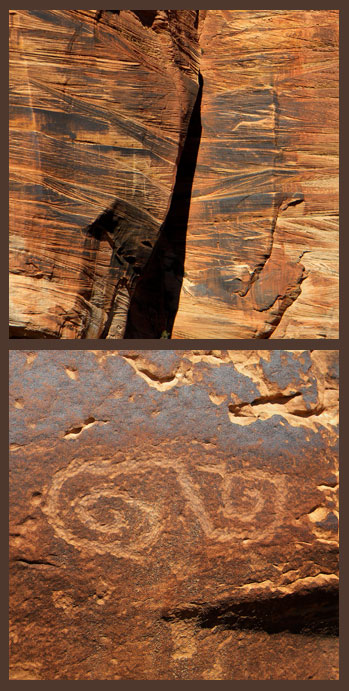 This is another series, showing the shiny black desert varnish on the red cliffs that line Hwy 128 just out of Moab. Another advantage of using a square shape is that I can put horizontal ‘landscape’ shots together with vertical ‘portrait’ shots, whereas before I had to put the different orientations into a different series.

The third image is from Buckskin Gulch and Coyote Buttes. In this WordPress theme vertical images work best in the post body, and horizontal images work better for the ‘feature’ image. So this is going to be really small…

For more on this Weekly Photo Challenge : http://dailypost.wordpress.com/dp_photo_challenge/texture/