If you love modern art and ever have a chance to visit the Reina Sofia in Madrid you’re in for a treat. 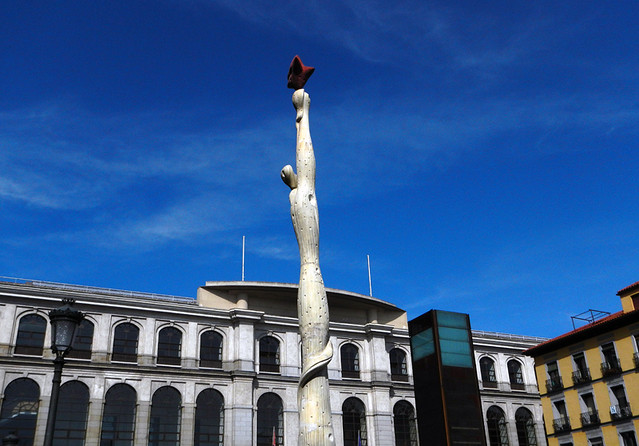 So many of the modern masters are Spanish. One of the greatest, Picasso, shows up all over the museum and in all sorts of forms, such as this sculpture in the museum’s courtyard. 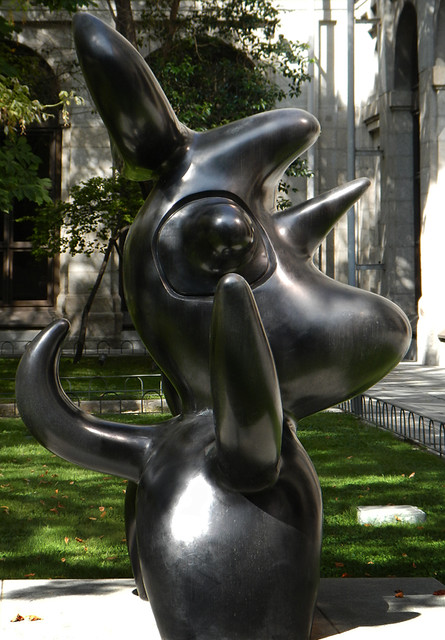 There are many of his paintings as well. His most famous painting, Guernica, is the one area of the museum which is off limits to photography. Huge, covering an entire wall of the room, it’s powerful presence tells a moving story about the atrocities during the Spanish Civil War. The rest of that room show his many sketches along with photos of Picasso’s work in progress, and the Reina Sofia is worth seeing for this room alone.

However, much of Picasso’s work is available to take photos of.

Juan Gris, another Spanish painter, with his elegant and subdued canvases, is often credited of being the co-founder of ‘Cubism’.

Of course, when talking about famous Spanish artists one can never forget Salvador Dali and his surrealistic view of the world.

On display were also many Spanish artists I wasn’t familiar with, such as Benjamin Palencia, a painter who worked around the same time as Picasso.

Then there were these curious sculptures of ‘meat’.

A couple of Spanish modern artists were unfamiliar to me at least, although I liked their work. This piece is by Luis Gordillo…

…and this one by Carlos Alcolea.

I also liked these sculptures of vaguely amorphic red figures.

Neon numbers relating to the number of people in the photos of a little hole-in-the-wall café, made this an interesting conceptual piece.

And of course there are also many paintings from modern artists of other countries such as Max Ernst strange works,

This poster is for a film by one of Spain’s best-known directors, Pedro Almodovar.

The museum itself was also interesting from an architectural view; a hospital in the 1700s, it has been renovated with a modern glass elevator running down the front and some unique architectural additions to the rear.

6 thoughts on “The Reina Sofia, the Premiere Modern Art Museum in Madrid”