Piet Mondrian was a Dutch artist best known for his paintings of black grids filled with the three primary colours of blue, red and yellow.

He was born in a time of great excitement in the art world and his earliest works were primarily of trees painted in an ‘impressionistic’ way. In 1911, when he arrived in Paris, he met Picasso and, influenced by the new cubism, started imposing grids onto his trees.

At this point his work became variations of grids.

‘Broadway Boogie Woogie’ was perhaps his most famous painting.

The ‘De Stijl’ movement was heavily influenced by Mondrian in their furniture design, as in this chair which was a three dimensional version of his grid.

This design for the Dutch Pavilion at a World Expo is yet another example of the gridding applied in three dimensions.

The quilt cover in our room in Delft was highly influenced by Mondrian as well. 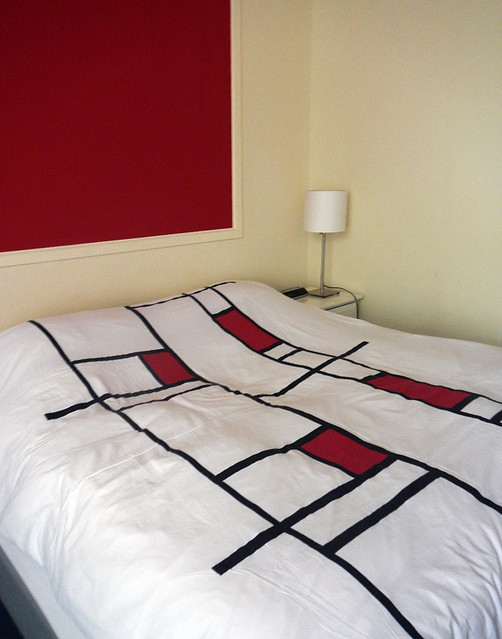 One thought on “WPC: Mondrian’s Painted Grids and the ‘De Stijl’ Movement”