I’ve again been experimenting with one of my favourite photo apps called Waterlogue.

Flowers usually work really well in this app because they have, for the most part, just enough detail to make the ‘watercolour’ work.

Yellow Skunk Cabbage. Having said that flowers work really well, I then had some troubles translating my white flowers in Waterlogue. It appears that some differentiation of colour also helps ‘describe’ the flower, as this skunk cabbage shows. (Waterlogue ‘Vibrant’ at the ‘Darkest’ setting) 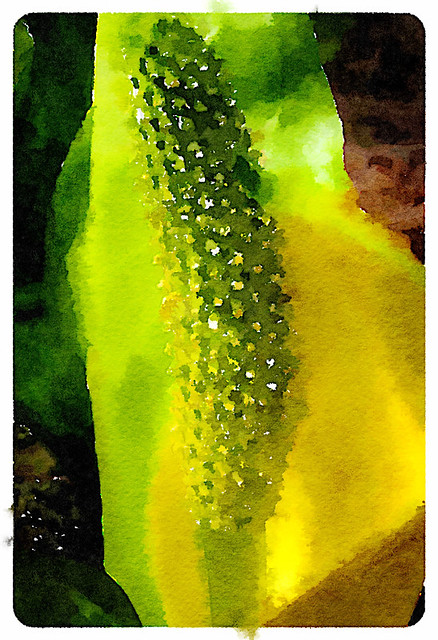 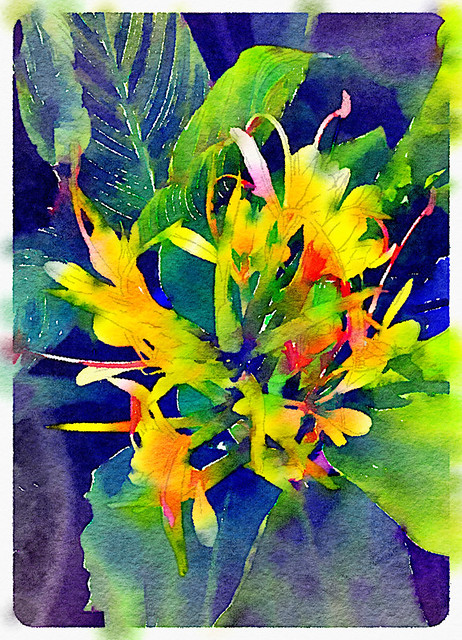 Yucca Blossom. This photo had a problem with not enough detail. In an earlier post I experimented with overlaying the actual photo of the flower on top of the ‘waterlogued’ image in order to add the detail back in. More about this how to do this process at Turning Photos of Flowers into Chinese Paintings. 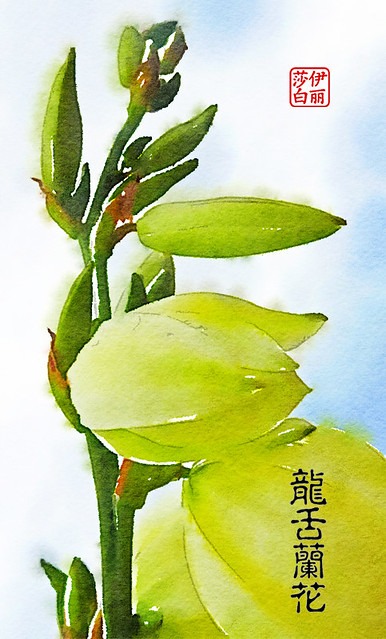 Daffodil. I have no idea why these daffodils were somewhat problematic, but I finally captured them using the ‘Illustration’ look which I then overlaid with the original photo as I did with the agave blossom above.

Yellow Lily. Yet another flower without enough detail. Ultimately I overlaid it with a version that added in more depth to the tones. Based on this I think I should revisit my white flowers and overlay the batch, just to see if that works. 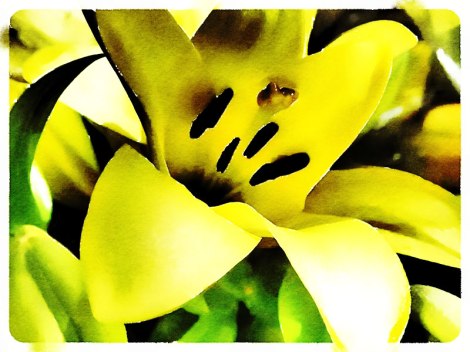 Cabbage Flowers. These cabbage flowers had the opposite problem, too much detail, especially when using the Waterlogue styles ‘Color Bloom’ and ‘Travelogue’, both of which added in lots of distracting white flecks.

The ‘Vibrant’ style has less white flecks in it but probably would have even better if I had spent some time darkening the background in my Photoshop edit. 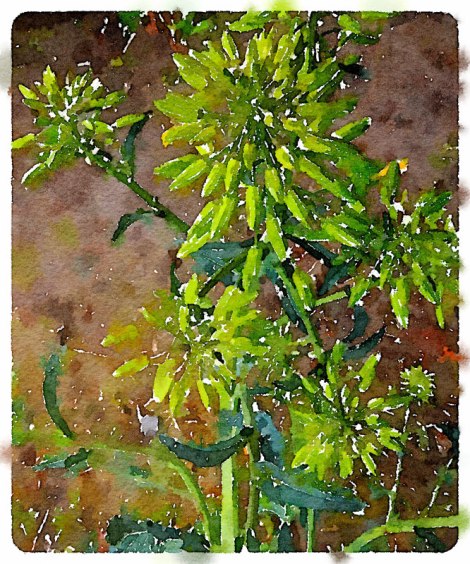