This month I went out on my monthly photo jaunt to Queen Elizabeth Park* with a friend who had a new adjustable camera.

Since I’m also still in the process of exploring my new* camera, we wandered around playing with our macro and white balance settings. 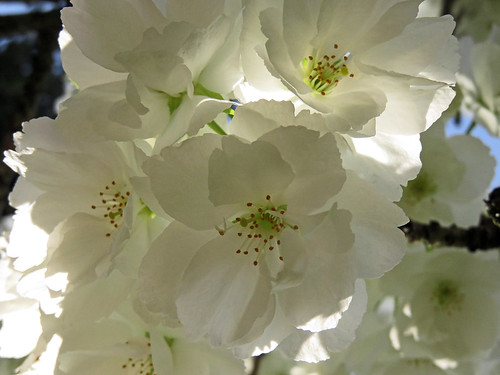 White cherry blossoms front-lit with my old camera set to auto. My old* camera is much sharper with macro, and the ‘auto’ white balance is truer than with my new camera. 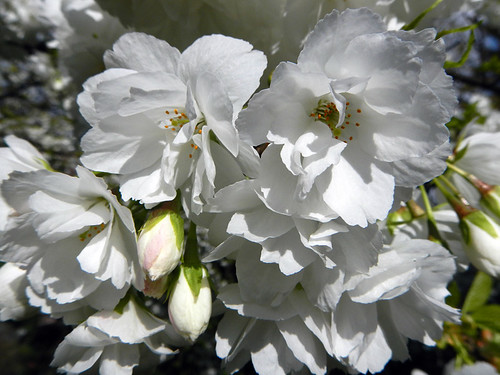 Purple hyacinth bed with my old camera on auto.

The hyacinth flowers look better in macro, but breathing in the heavy fragrance this close up almost knocked me out. (Old camera, again because the macro has sharper focus.) 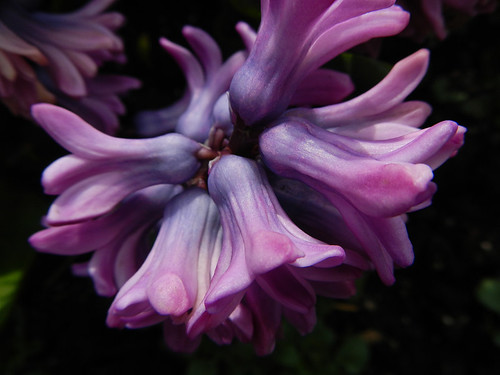 Tiny purple-green buds on an unknown tree, again with my old camera – on my new one the focus is just too soft. 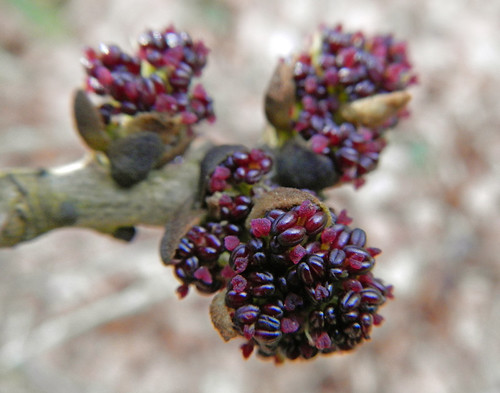 Again ‘old’ camera. I haven’t put in any of the shots of this with my new camera as none of them turned out! 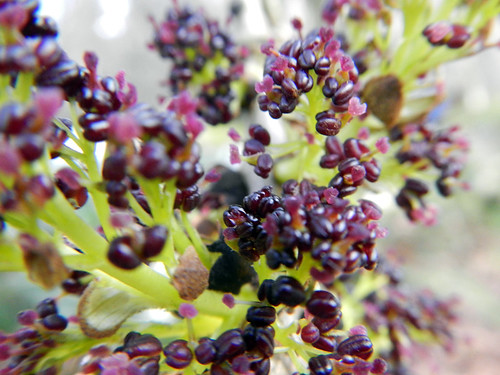 Daffodils near and far, both on my ‘new’ camera – its close-up shots are pretty good, and the 30x zoom is a dream. The white balance was again set to ‘cloudy’ even though it was a sunny day – I find both the ‘sunny’ white balance and ‘auto’ white balance way too blue. 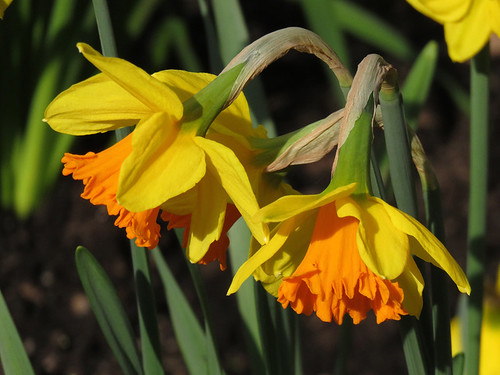 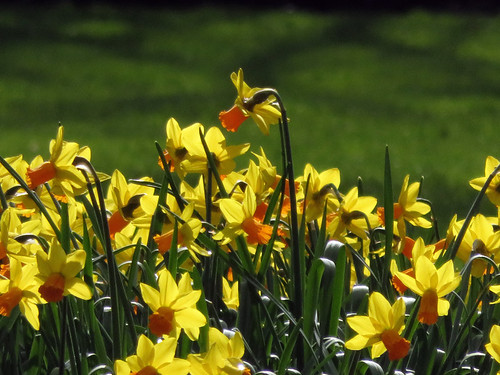 A bright red tulip, photographed on my new camera with the white balance set to ‘cloudy’, has a red ‘flare’ that makes it appear out of focus. 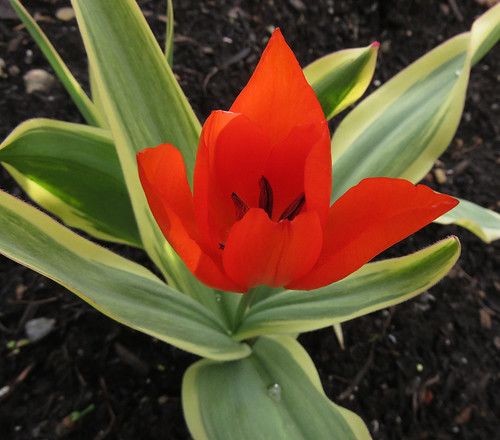 I took another shot, this time setting the white balance to ‘tungsten’. Later I  edited it in Photoshop, selecting the flower, adjusting contrast in layers and adding in blue to help define it. Then I selected inverse and added in yellow to bring the leaves back to a warmer tone.

The final edited shot – the tulip is more defined but in my first shot the colours are truer to what I saw. 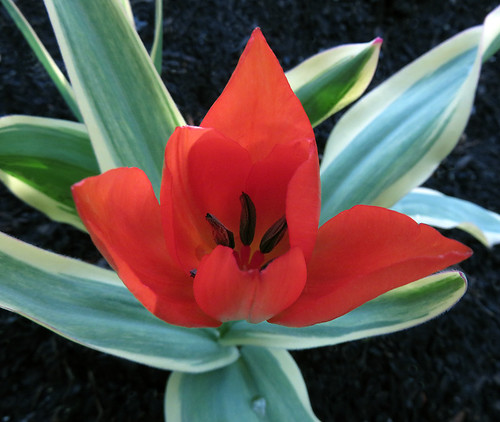 *Queen Elizabeth Park is a converted quarry on Little Mountain, the highest point within the city of Vancouver. My ‘old’ camera is a seven-year-old waterproof Nikon Coolpix with 5x zoom and minimal adjustments. My ‘new’ camera is an almost one-year-old Canon SX710 with 30x zoom, Aperture Priority and more. They were both about $300 Cdn (~200 €/US$).