I was a bit slow with this one because, although Vancouver has gardens galore, I don’t think we really have ‘Garden Shows’.

When I was in England in June I asked my friend about them and he showed me a couple coming up. All I can say is wow! And that’s mostly to do with the price of entry: 25 to 40 £ which translated into 50 to 80 $ Canadian at the time.

So I decided I would take my own little garden and pretend I was opening it up for a ‘Garden Show’.

The front garden is a disaster right now what with watering restrictions  causing a brown lawn, a city tree dripping sticky sap and other crap over everything, and besides, nothing is really out.

Except for my Stargazer Asian Lilies that at least make the front garden a perfumed delight. (That’s my neighbour’s Magnolia and another drippy city tree in the background.) 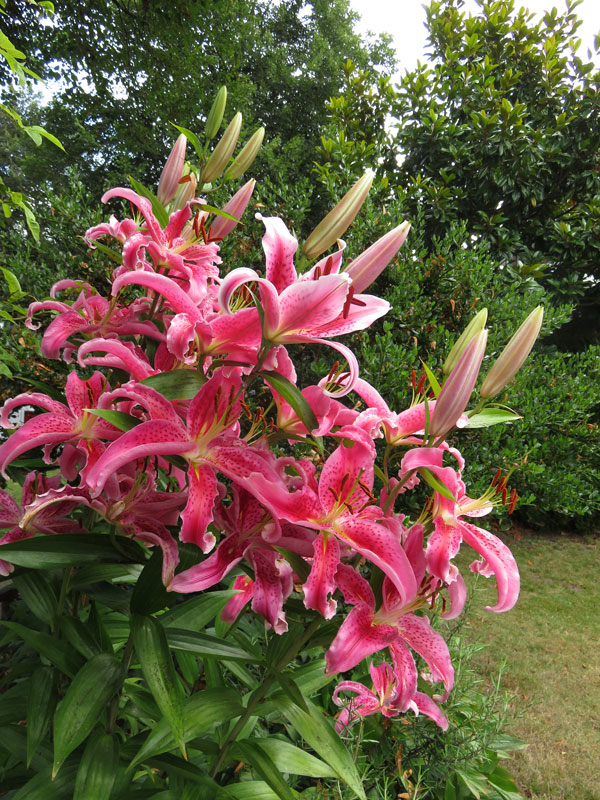 So this is going to be a very tiny garden tour showing off the back garden (22 x 33 feet) as that’s the best in August/September. Originally it was supposed to be an English garden in subtle pinks and blues but then Al kept buying all these bright tropicals so I ended up turning it into a tropical jungle. 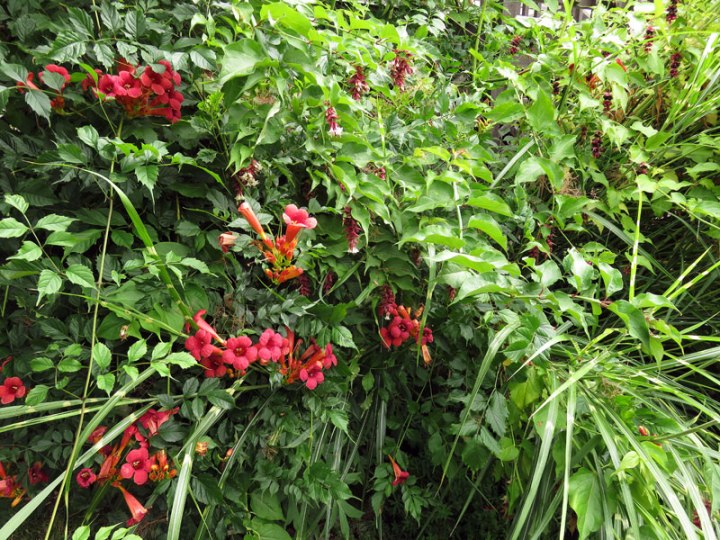 Looking west at the Leycesteria (bamboo-like plant with hanging burgundy flower bracts) and Zebra Grass (tall and striped) in the foreground and the Purple Smoke Tree in the back. The rest is raspberries that have totally overgrown the non-tropical looking azalea which is there for spring colour. 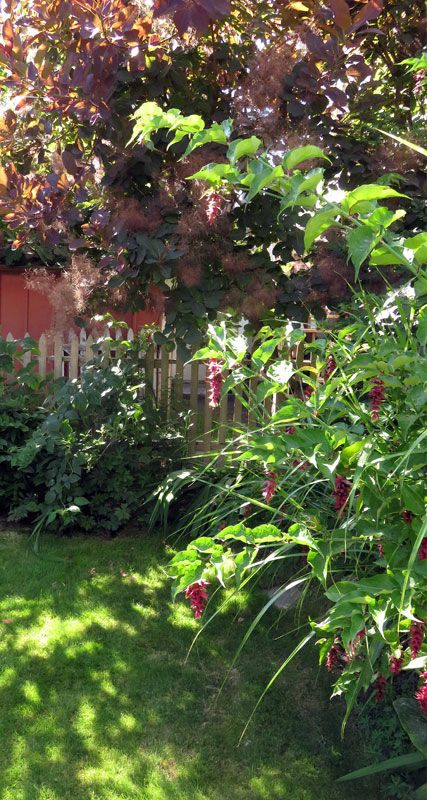 A pot with two different Pineapple Lilies – the smaller burgundy-flowered lily with green leaves, and the much larger cream-flowered one with purply- green leaves. The day I went to take their photos they both flopped over so I had to stake them. If you have a cool dry place such as an unheated garage these plants overwinter amazingly well. 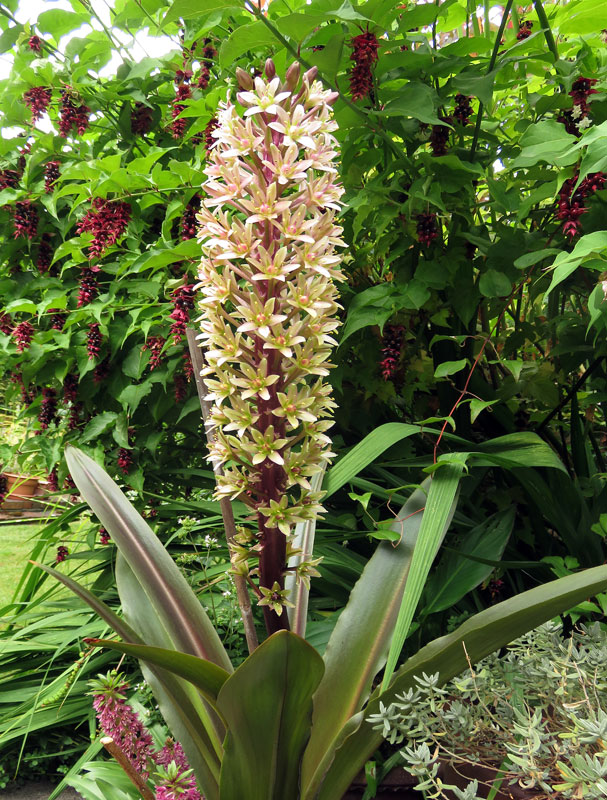 Highly perfumed Ornamental Ginger blooms. This is overwintered under the deck along with the Pineapple Lilies, the Cannas (not yet out) and the Calla Lilies (finished). It’s very simple – I just stuff them under there in early November and forget about them until March when I pull them out. 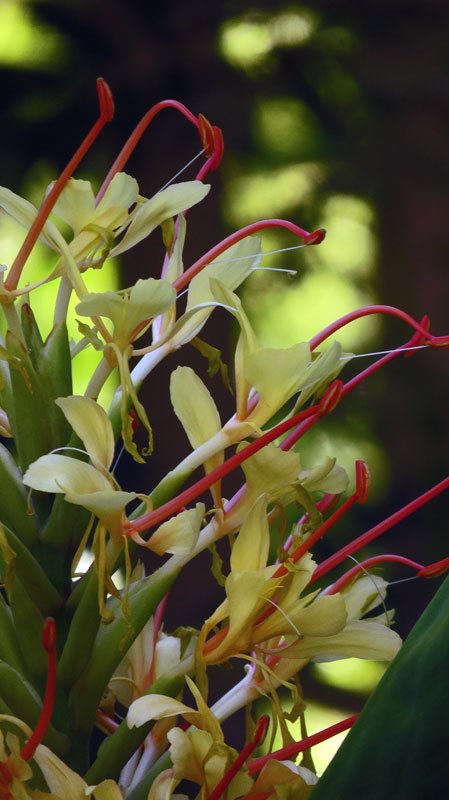 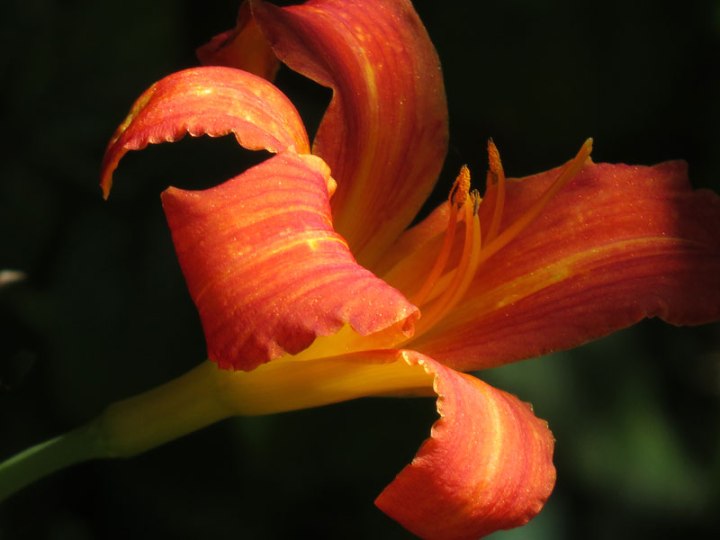 Hmmm… you may have noticed that I’m resorting to close-ups of the flowers instead of showing the entire setting. Thats because it turns out that it’s a huge amount of work to produce a ‘show’ garden – certainly more work than I am capable of even on a garden. I will have to buy a lot of plants to fill in the blank spots, and it would help if I had a gardener if I really wanted to do this up properly, and then… No wonder the admission price to these shows is so high!

Here are some of my favourite public gardens for a real garden show.

Vancouver’s Queen Elizabeth Park, a public park where the city gardeners go a bit crazy. This is their August show, totally different than mine even though it’s within walking distance. (Free except for the Bloedel Conservatory) 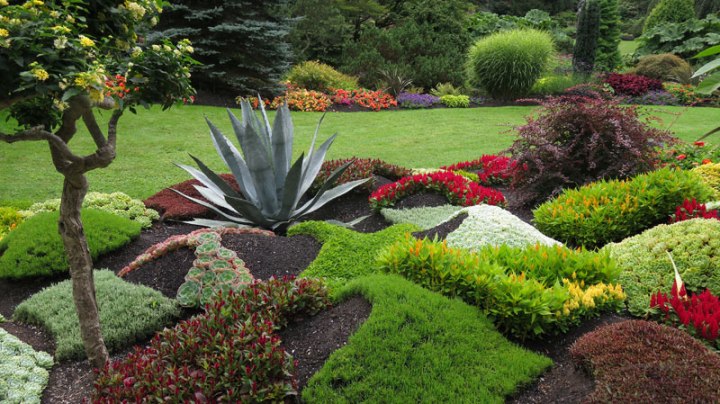 Singapores’s Botanical Garden, a lot more like mine even though it’s definitely not within walking distance. (Free except for the Orchid Garden) 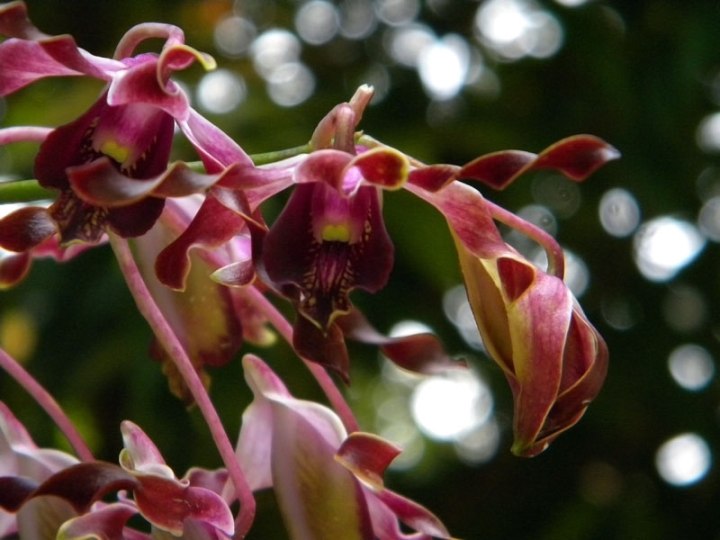 The Dublin Botanical Garden which was also an art gallery. (Free) 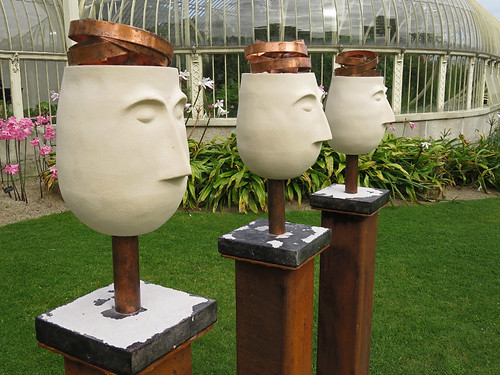 Monet’s garden in Giverny on a sunny Sunday in June. (Admission approximately 10€) 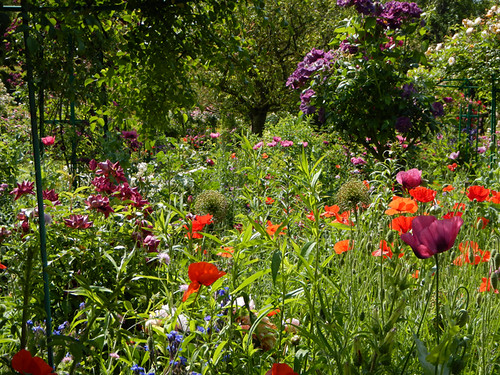 Last but not least, Hey Jude’s Garden Show who features the Shrewsbury Flower Show in her August Challenge, an event that seems to combine a ‘show’ garden with dozens of other activities. (Admission 24£)