The Canna Lilies are in bloom right now. 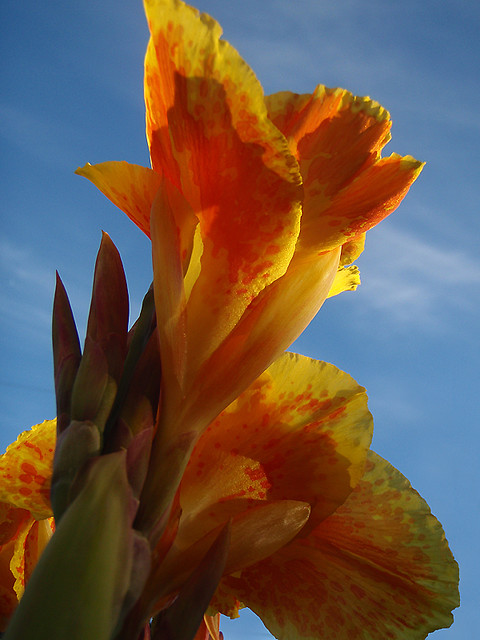 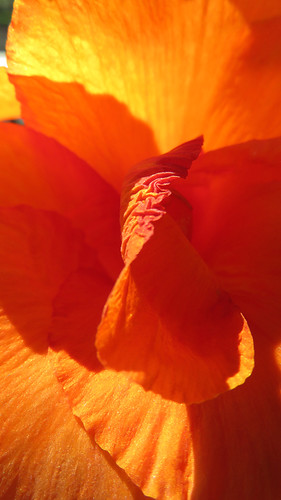 The flowers don’t do too well in the Vancouver rain so now when I buy Canna Lilies I select them for their foliage — they look almost as exotic and love the rain. 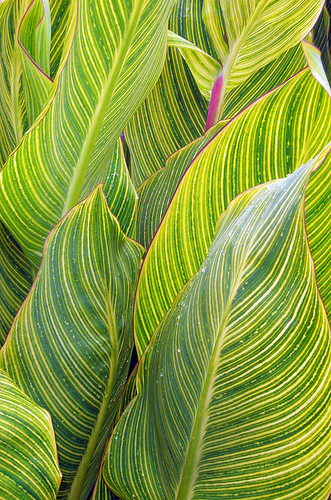 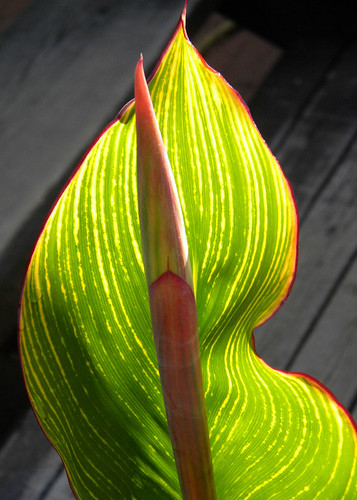 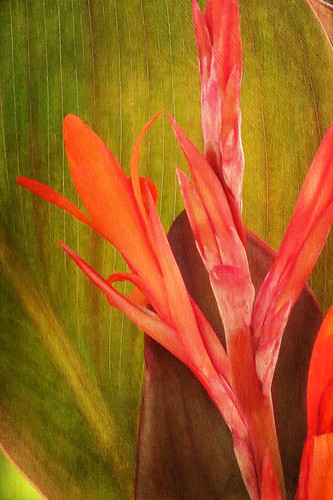 The leaves make up for it, especially with the sun behind them. 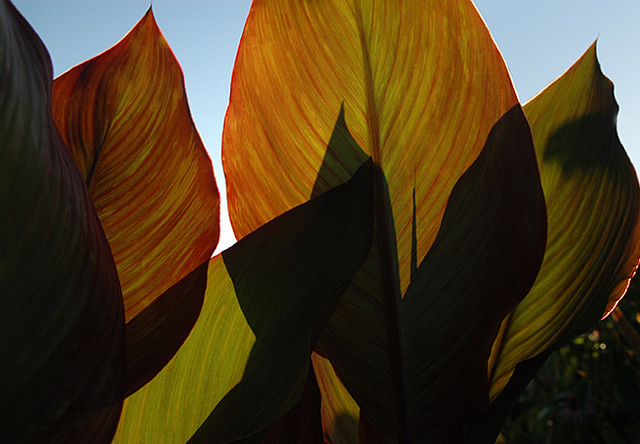 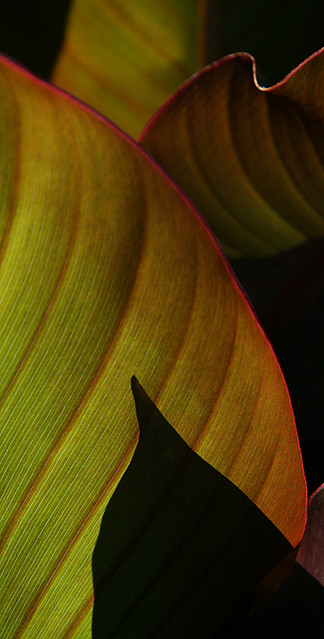 Most Cannas are only viable in zone 10. Moreover, they need dry winters which we definitely don’t have in Vancouver.

I throw them under the deck in the winter and they often survive although not as well as some of my other ‘tropicals’ such as ginger plants and pineapple lilies which actually multiply during the winter months.

According to plant experts what you’re supposed to do is dig up the rhizomes in the fall, before the first frost, clean them off and then store them in moist peat moss in a cool (less than 12°C) but not freezing (more than 0°C) place.

In the spring, after the danger of frost is over, pot them up in light soil, laying the rhizomes 10 to 15 centimetres down.

2 thoughts on “Canna Lily, September’s Plant of the Month”