A long time ago I was playing around using the astrological signs as inspiration.

This month (December) is represented by Sagittarius, the half human, half horse archer of the horoscope. As Sagittarius is a fire sign, I put together a collage of images from magazines inspired by the words ‘horse’ and ‘fire’.

As these images are sure to be copyrighted they probably can’t be used as a final image and put up for sale – there are rules that say it must be substantively changed (which this is) as well as not recognizable as the original (unfortunately these would be most certainly be recognizable to the photographers).

I tried running it through the photo apps Stackables and Pixlromatic, using one of Pixlromatic’s fiery overlays called ‘Glimmer’ (it should have been ‘Sparkler’). This might qualify under copyright rules… maybe… Copyright is very subjective and up to the individual judges/juries. 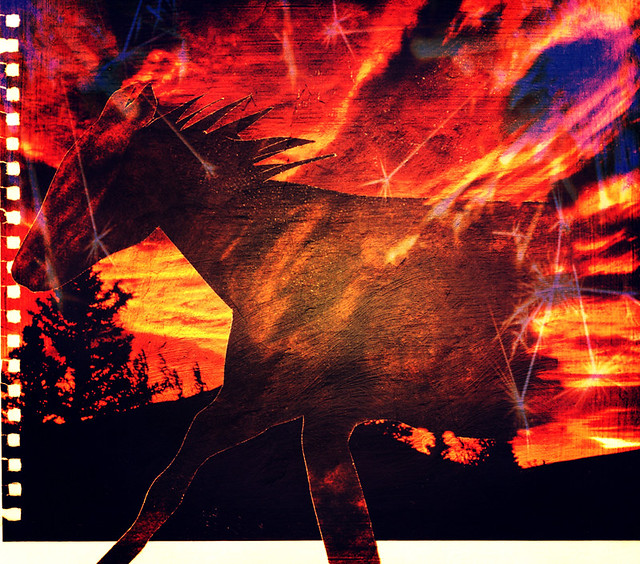 To avoid copyright problems it’s best to use the magazine collages as inspiration for drawings and paintings – I know this drawing would pass. But it’s not nearly as fiery as I wanted! 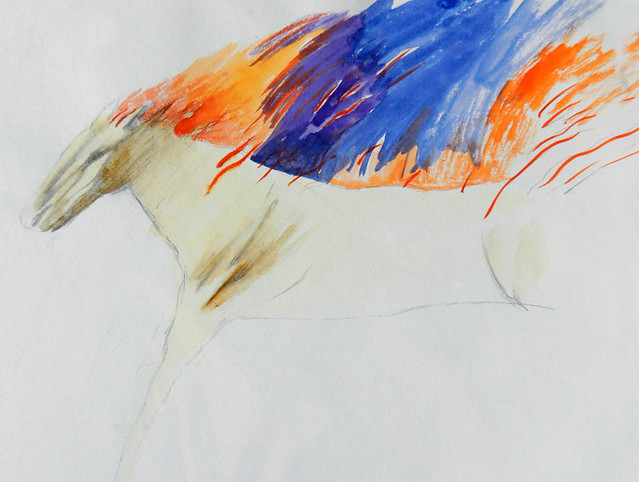 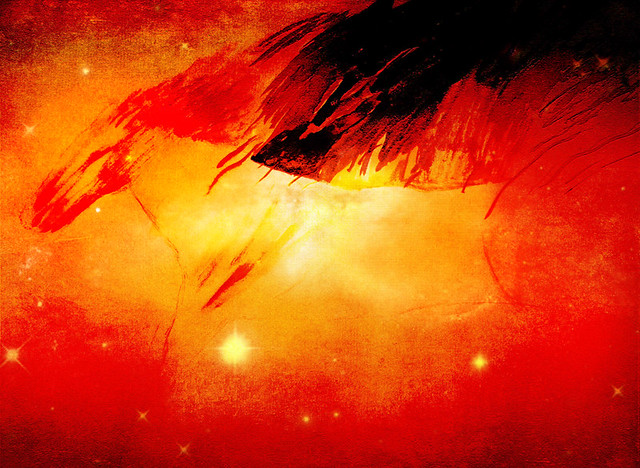 These two were run through several apps before they achieved the fieriness I was looking for. 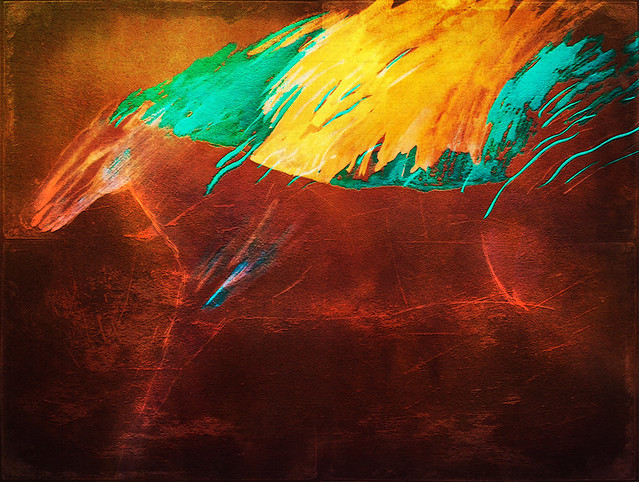 I usually don’t use my art for Ailsa’s Travel Themes although for the last week the roads have been hugely icy and I haven’t been travelling anywhere except in my head. So I guess that counts for this week’s Travel Theme: Fiery.