I was rather delirious with a fever when I was in Eilat.

But the youth hostel kicked us out at 9:00 and rather than ask them to let me stay in bed, I went down to the beach and lay there semi-concious, watching the sun rise and set on the jagged mountains across the water from the city. Maybe it was the fever but it really seemed as if the mountains were on fire.

One winter I was working in a dark freezing basement, and produced a bunch of small collages of acrylic-painted vellum on light weight card of the fiery mountains. Later when I looked at them I realized that what I had been really doing was painting little fires to keep me warm. 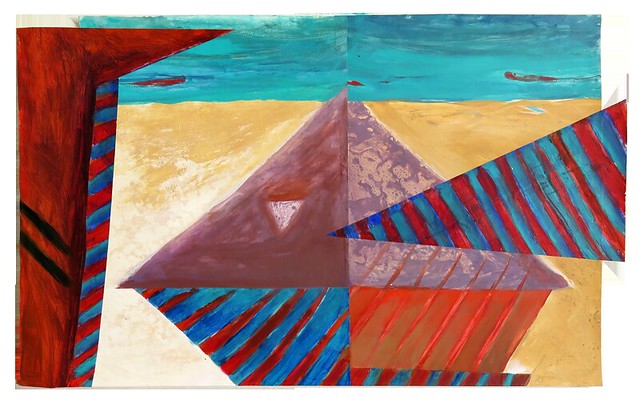 A few years later I came up with the idea of painting the mountains larger and folded – this is a sketch which would have the Red Sea in the V-shaped middle.

Working large was/is a problem in the space I have, but I did manage to do these two overlapping paintings of folded watercolour paper mounted on shaped masonite that is approximately 6’x4′.

This photo of cracked and rusting paint reminded me of the Red Sea, which isn’t really red but turquoise blue – it is the mountains that surround it that are fiery red. 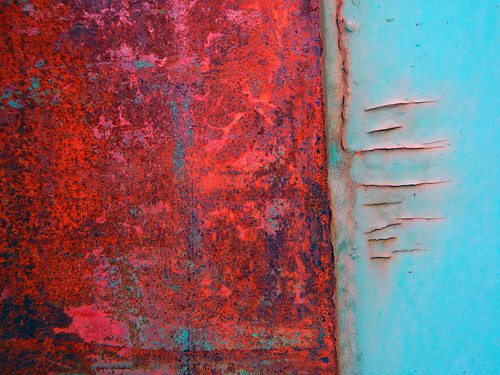 For more of my paintings see Gallery of Paintings.