At one point I started putting together collages of magazine images with the idea of using them as inspiration.

This was the first collage I did – I called it Brazil.

Magazine collage of Granville Island in Vancouver which was later translated into a bunch of chalk pastel drawings. 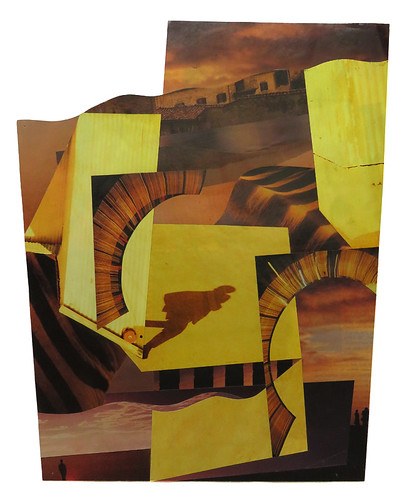 Wild horses. I’m still working on these images but hopefully I’ll come up with something soon. I took one of them with the horses dissolving into flames and used it for images of the fire sign Sagittarius, the half-horse, half-man archer. 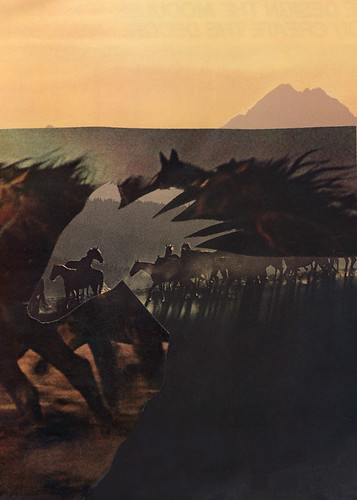 When I did this collage I was thinking mostly about forest, moss and purple heather. But some philodendron-type leaf shapes worked their way in. The half-seen face showed up in a series that morphed into a philodendron/woman/snake series of prints and paintings. 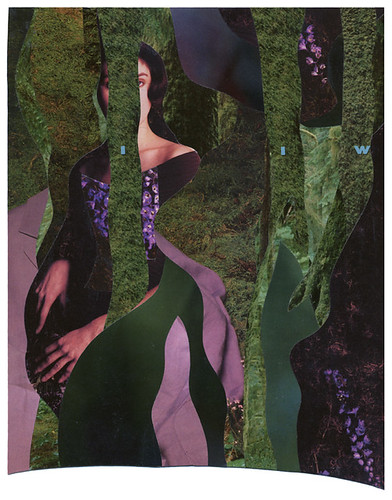 The spiky leaves of the tiger lily  looked like spears to me and I ended up with series of drawings and a very different painting – the painting itself was also collaged. 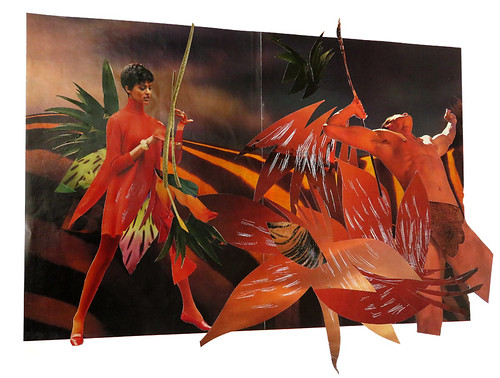 Sometimes I added some hand-drawn or painted bits to the collage like the pencil crayon & ink egg edges in this collage of a waterfall. 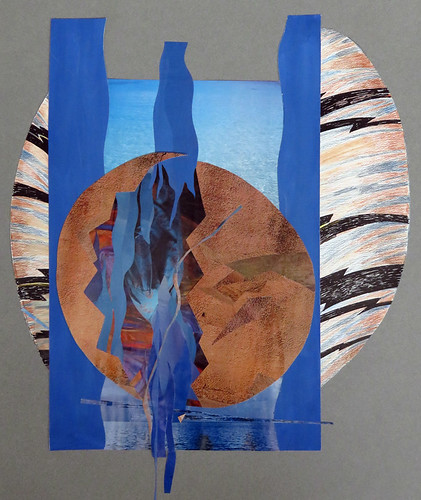 Here’s another that has just struck my fancy, where lipsticks replace the fruits on the prickly pear cactus.