Matter is a really complex photo app with a bewildering array of options. So far I haven’t been able to duplicate a single thing I did while playing with my photos of Spain. So I thought I’d put down an overview with the hope that I might be able to figure out what I’m doing.

The program is a huge amount of fun, with enough complexity that I won’t be getting tired of it any time soon.

For this quick overview of the app I have taken the main options of ‘object’ ‘style’ ‘shadow’ and included example images, one a screen grab, and the other showing a a second choice.

1. Choose an Object. There is a huge array of Objects: Primitives, Structures, Poly on Fire and Organic. 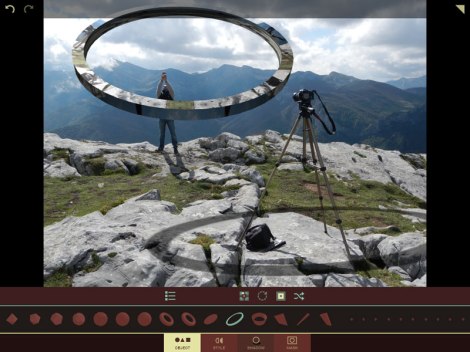 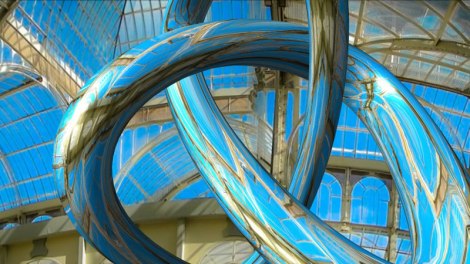 2. Choose a style. This refers to the surface ‘skin’ of the Object. The two photos above have used the ‘Reflective’ option, which adds mirrored reflections of your photo onto the Object.

Matter screen shot showing a ‘Structures’ Object with a ‘Refract-1’ Style. Here I just used a graduated blue image in order to better see the structures. 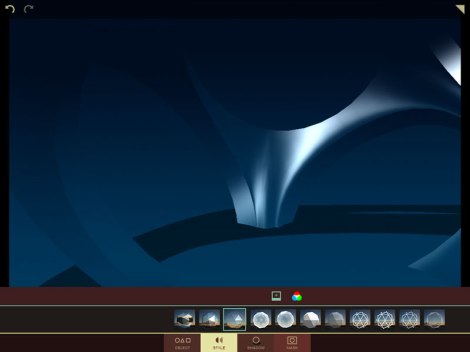 A triangular ‘Structures’ Object, also with the ‘Refract-1’ Style, but this time using the colour option to turn it red. I find that use ‘Reflective’ and ‘Refract-1’ Styles the most – the rest of the Styles only work in very special occasions. 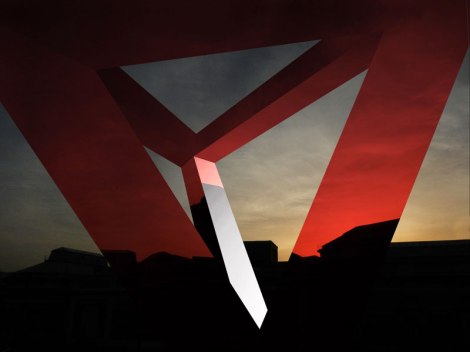 3. Work with the shadow. Here’s where it gets tricky (and fun!)

Playing with the Shadow determines where the light falls on the Object and also whether or not the Object buries itself into your photo. Incidentally this is a ‘Poly on Fire’ Object.

And this is a ‘Structures’ Object. 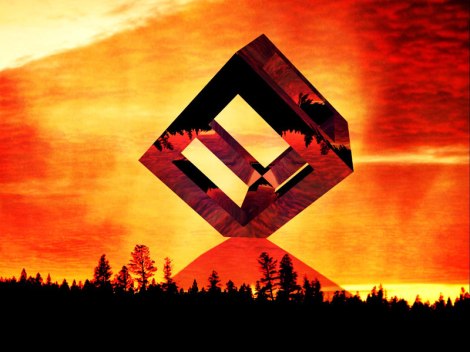 3 responses to “An Overview of Matter, a Photo App that Adds Sci-fi Structures to Images”