Natives of Mexico and the American Southwest, both Yucca and Agave plants belong to the family of Agavaceae.

In both cases their sword-like leaves grow in a spiral pattern out from the centre forming a ‘rosette’ structure.

The rosette structure of a Yucca as seen from the side. 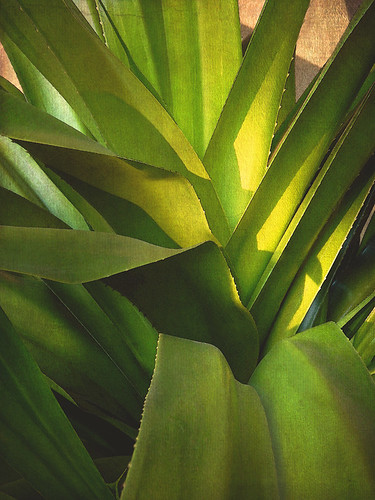 Looking down on the ‘rosette’ structure of a Yucca. 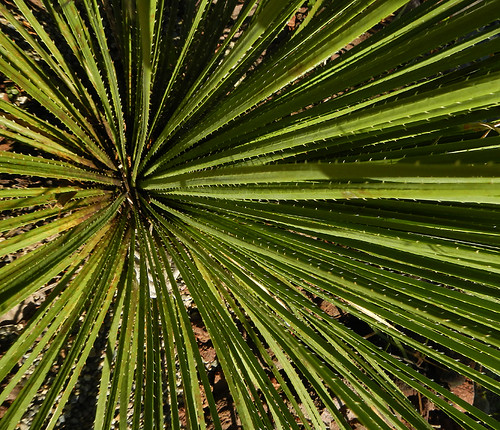 Both Yuccas and Agaves are classed as succulents but Yuccas are considerably less fleshy than Agaves.

Agaves are fleshy enough that the imprint of each leaf is seen on the others. 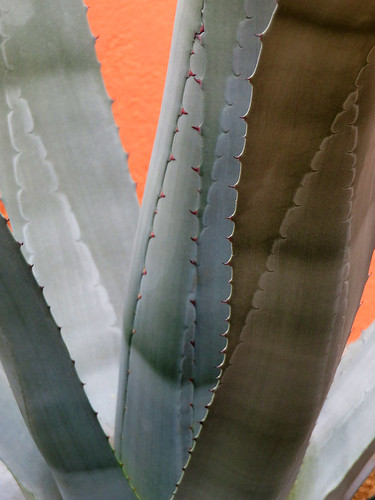 Both yuccas and agaves come in thorny and non-thorny forms, like this thornless Blue Agave. 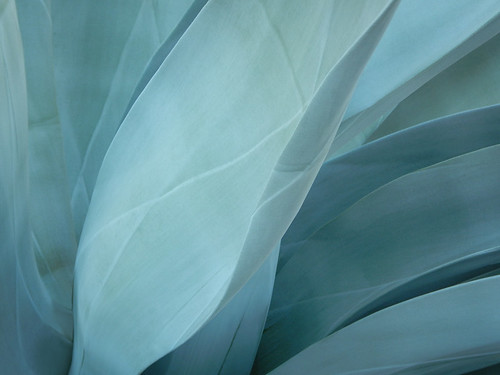 Both plants may have visible thread-like fibers. 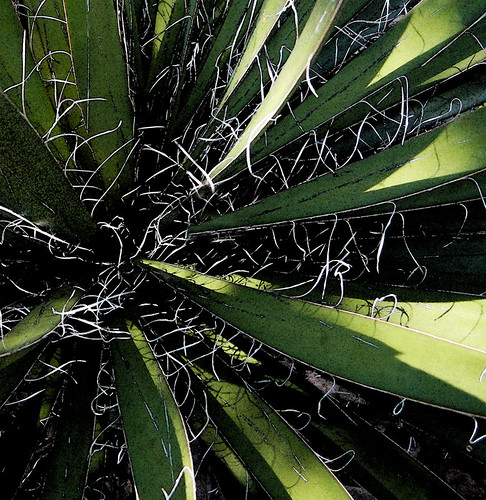 Agaves come from southern desert country in the US and Mexico and need an arid climate. Yuccas have a wider range, with some varieties originating as far north as Canada, and others in tropical rainforests.

This is a Vancouver Yucca where the winters are relatively mild and considerably wetter than the southern deserts. 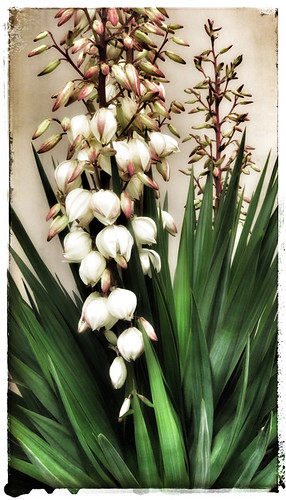 Both Yuccas and Agave bloom with flower spikes.

An Agave in Mexico putting out a flower spike. 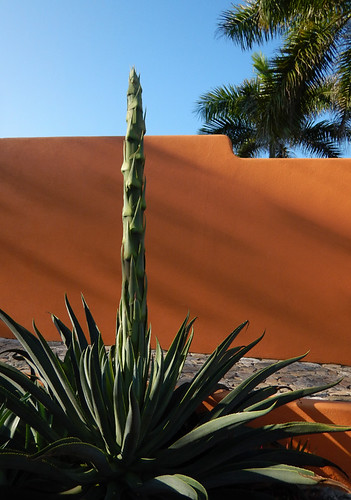 Yuccas typically bloom every year with bell-shaped blossoms while many Agaves bloom only once and then die, and the flower has a very different shape. 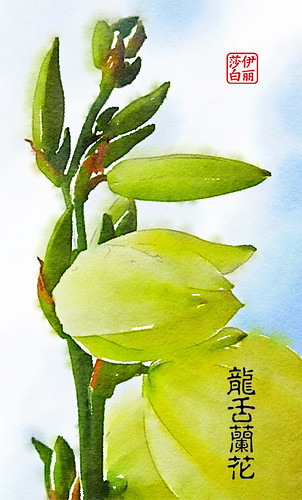 An old botanical illustration of agave flowers on an agave known as a Century Plant because it only blooms once in a hundred years (probably closer to 60 – 80 years, but that can be a lifetime in people years).

Agave sisalana flowers, the agave responsible for sisal, a stiff fibre used by the indigenous peoples in the production of rope, clothing and floor coverings. 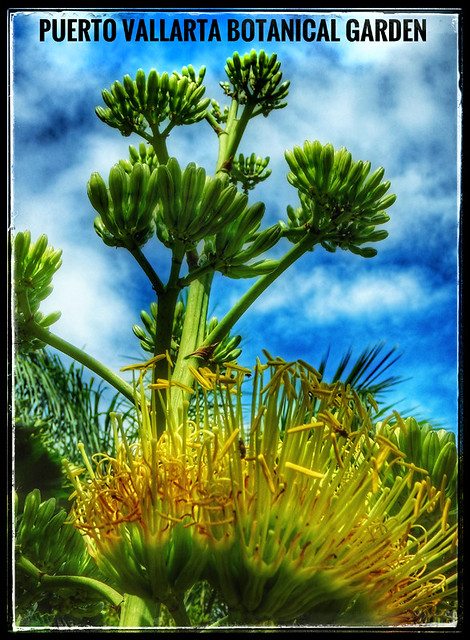 Another difference between the two is that over time Yuccas will grow taller whereas the Agave only gets bigger.

This Yucca was growing in the hot dry climate of the Saguaro National Park in Arizona – that’s a Saguaro cactus peeking out of the bottom left.

These Yucca trees with exposed trunks are in the Hortus Garden in Amsterdam. The best known of tree-like Yuccas are ‘Joshua Trees’ which have an entire American National Park named after them. 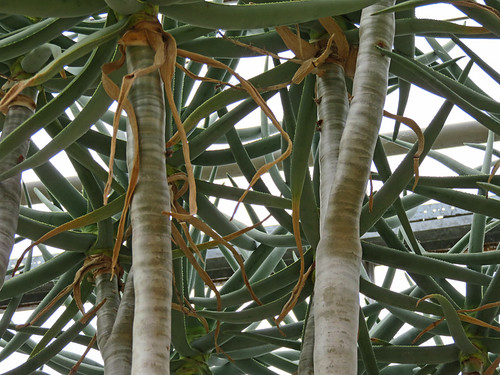 This ancient Agave has grown huge in amongst the ruins of a church in Zacatecas, Mexico.

The Yucca ‘group’ features about 40 species, whereas the Agaves number around 300 species.

I’ve been exploring the interesting qualities of Yuccas and Agaves for awhile now. This Agave azul (blue Agave) in Zihuatanejo is one of the few without any thorns and perhaps, because of this, my little camera had trouble focusing. So it managed to turn a fleshy Agave into something that was delicate and ethereal. 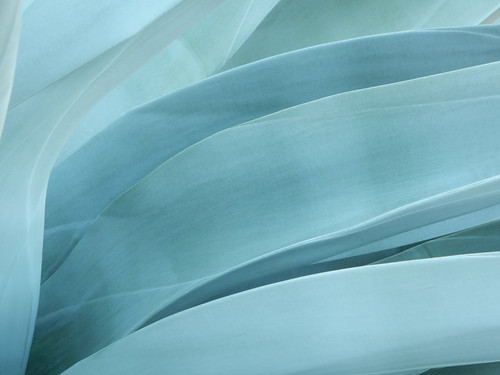 Watercolour painting in my sketchbook of a yucca in bloom that has grown tall enough to turn itself into a tree. This was inspired by a yucca ‘tree’ growing besides Las Margaritas in Vancouver.

3 thoughts on “The Difference Between Yuccas and Agaves”