The assignment was to think about what we did with paper and then construct an artwork of it.

For me, as a commercial artist, one of my favourite things to do with paper was to construct brochures with a surprise hidden within its folds. This Hotel Vancouver Christmas brochure featured a die-cut image of the hotel up against a red starry sky. When the brochure was opened an angel appeared on the inside panel.

Based on these folded brochures I took some 2-ply paper that was burgundy on one side and cream on the other and folded it. This front side was painted in stripes. 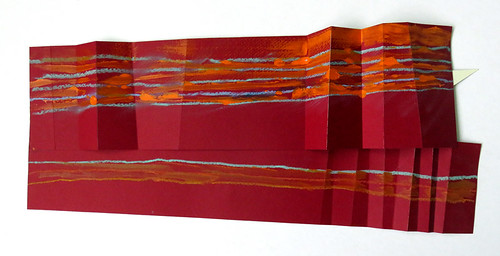 Back of the same folded piece showing the cream side. 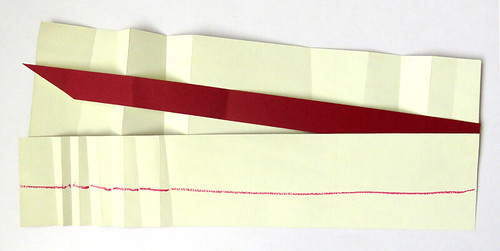 Another folded artwork using the same two-sided paper – this one was strung together with coloured plastic twine. 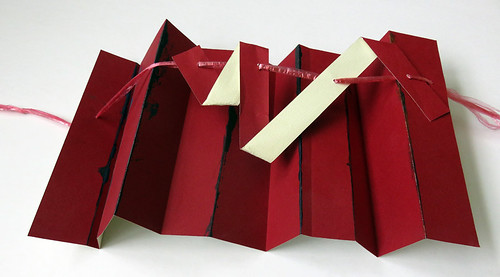 The next assignment was to take that paper piece and use it to inspire a 4′ by 8′ piece of art! Because the folded paper reminded me of some basalt rock formations on the highway to Whistler I did another mock-up which I decided should be two-sided mostly because the first pieces I did were two-sided. 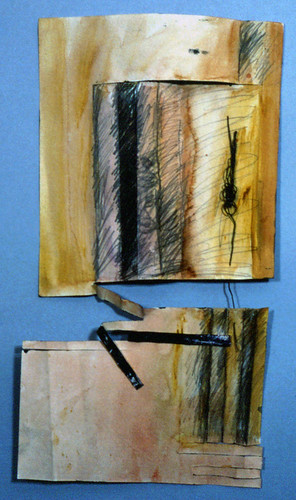 A detail of the final piece, done on a 4′ x 8′ piece of Arches watercolour paper.

One response to “Folded Paper Paintings”