The yellow blooms of Broom and Gorse always signal spring to me.

But while Broom & Gorse are my choice for May’s ‘Plants of the Month’, the reasons they should really be called ‘Weeds of the Month’ are spelled out on this blog. They are both an invasive species here on the Pacific coast.

My friend over on Vancouver Island has regular ‘Broom Bashing’ parties. She tells me, “It apparently came over with a Scotsman in 1860. He had no idea the nightmare he was about to unleash on the environment! Stupid buggah! AND don’t tell me it’s pretty!!!”

But it is pretty, as are many other invasive species: ivy, holly, loosestrife – that’s why people planted them in the first place.

Botanical illustration of yellow Gorse blooms at Northstack Open-Air Museum on the Anglesey Peninsula in Wales. Gorse has similar flowers to Broom but its branches are prickly. (And speaking of invasive species and Wales, here is a post about Rhododendrons taking over that country.) 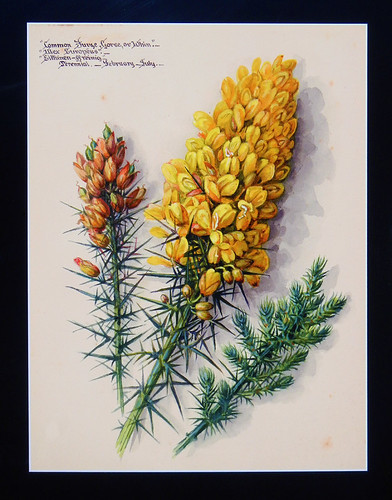 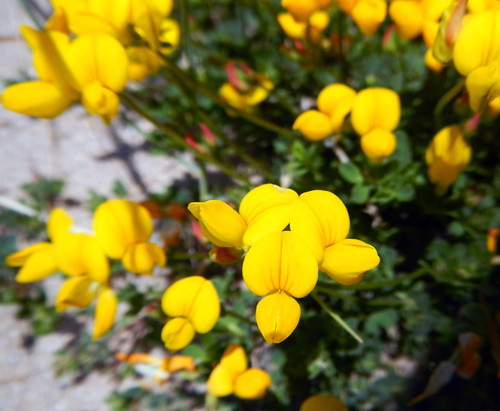 Painting of Gorse on a wall in Galway, Ireland. The poem underneath says, “When the Gorse is out of bloom, kissing is out of fashion.”

Gorse flowers and purple heather make a tapestry of subtle colours at the Ballyconneely Bog in Ireland. 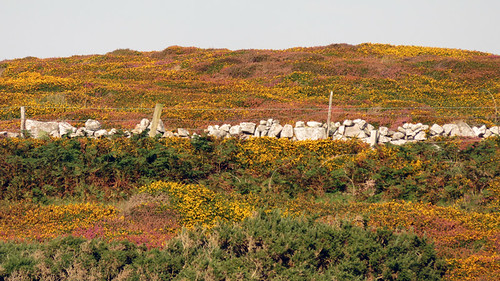 Yellow flowers on a low-lying, extremely prickly Gorse at Mt. Brandon on the Dingle Peninsula in Ireland. 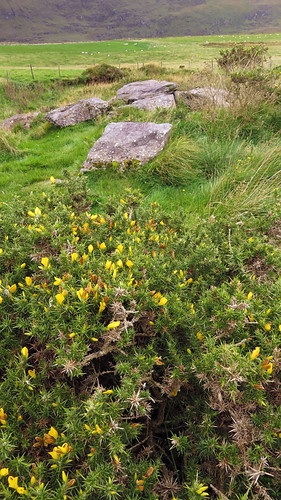 Broom has these wonderful-looking (but unfortunately overly prolific) seed pods that unleash hundreds of seeds that can still be viable up to 40 years later. In the background I suspect that’s Purple Loosestrife, another pretty but invasive species here on the west coast.

My first attempt at painting a Gorse bush, a bit of a mess.

My Gorse Painting. I’m rather fond of it, maybe I’ll even do a series of paintings on invasive weed paintings!

One thought on “Broom & Gorse: May’s Plants (or Weeds) of the Month”