In early June I posted about the glorious poppies that were coming up all over the city.

But the next week I went to the university and found another batch of poppies glowing in the sunlight.

I was going to save them for next June’s Plant of the Month, but then Nancy came up with the challenge: ‘Flower’ and Frank’s challenge was ‘Radiant’, and these poppies certainly qualify for both! 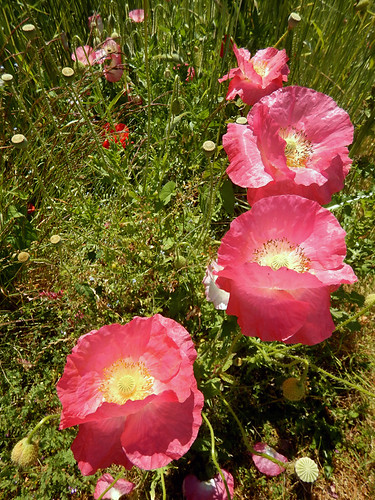 Pink poppies in amongst the wild grasses at UBC in Vancouver.

Sunlit red and pink poppies with a lone golden one. 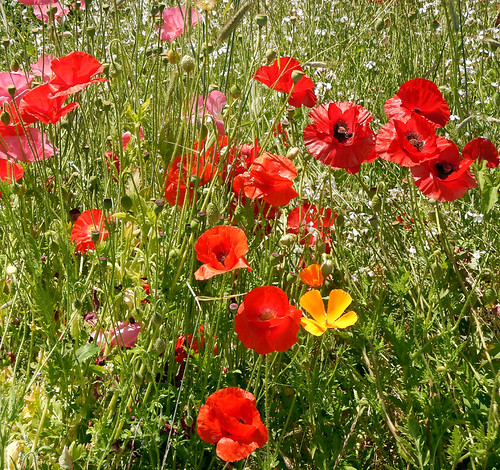 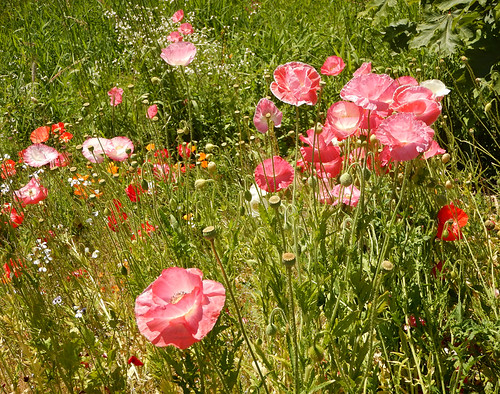 An arrangement of blue cornflowers & red poppies that sent me spinning off to the outskirts of Monet’s Garden in Giverny, France where they grew in wild profusion. 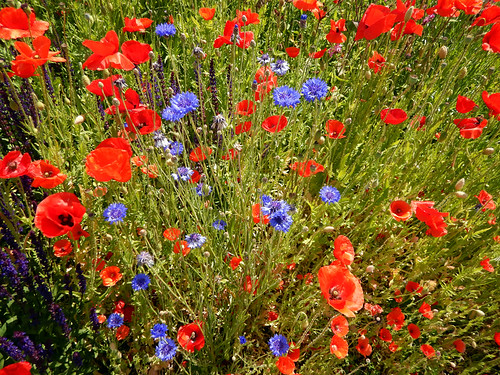 The photo app Psykopaint’s version of the wild flowers in France. 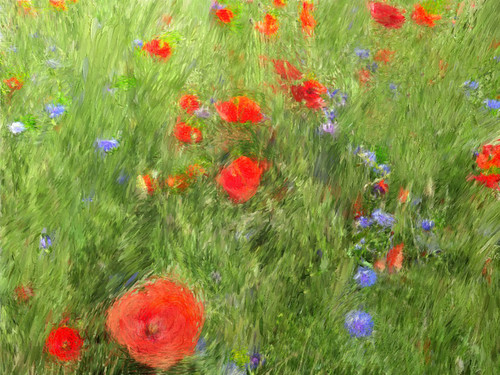 4 thoughts on “Poppies, June’s Plant of the Month”