Originally I subscribed to the ‘no editing should be needed’ philosophy, influenced by my photography instructors in the early 70s. They thought all framing had to be done in the camera, especially when using slides which really couldn’t be edited anyway.

Nowadays, with digital, it is way easier to crop every which way!

The original photo of a Whiskey Jack on a branch outside a cabin window. There were reflections on the bottom half of the photo that I immediately cropped out.

Testing out cropping the photo by thirds, placing the conjunction of the thirds to focus in on the Whiskey Jack’s eye.

In the end I kind of liked him centered.

I loved the subtle light and shadows playing across the marble robe of the original photo of a praying figurine topping a tomb in the Delft Old Church in Holland. 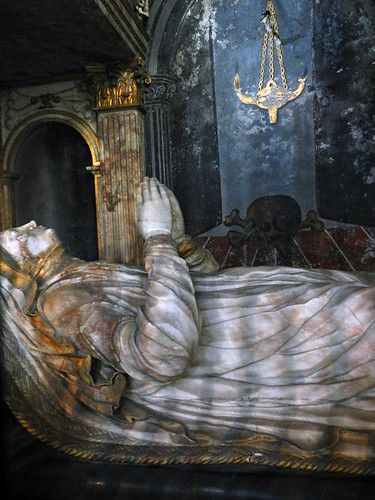 Cropped down to focus on her robe.

The original image of a man picking up his fish traps and stacking them on his motorcycle cart on a beach in Koh Lanta, Thailand. 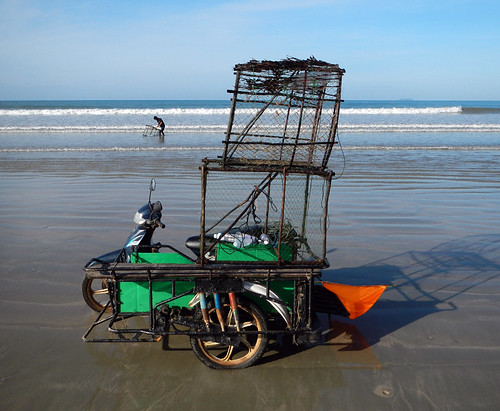 This long and skinny version is actually a cropped banner that shows up better on the home page of my WordPress theme, one of the primary reasons I seem to be cropping nowadays.

The primary focus of this image from Langkawi, Malaysia is the interaction of a chicken spotting a head-turning rooster.

The WordPress banner using the original image looked terrible when cropped down to the home page banner size. This crop looked way better and showed off the rooster.

More of the Lens-Artists Photo Challenge of the Week: Cropping the Shot.

11 responses to “Cropping Photos to Highlight the Subject”