Wandering around the city this month checking out roses.

Yellow Rose Brocade. This single rose was done up in the photo app in Pixlromatic. 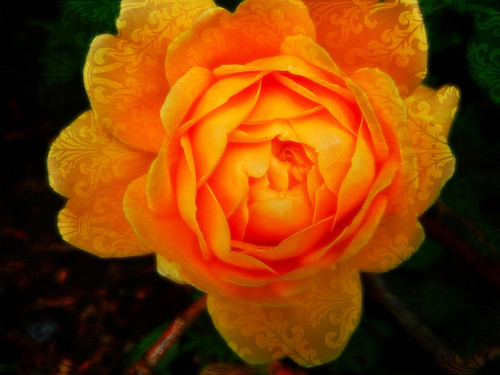 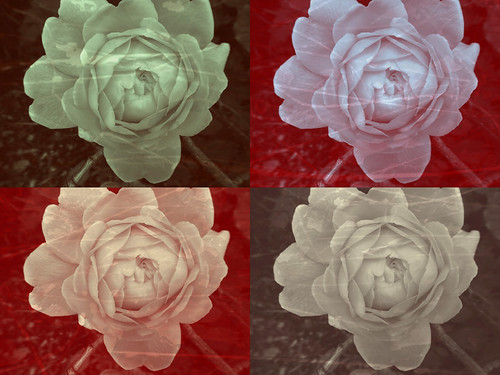 The same rose, this time a monochromatic version in Snapseed. 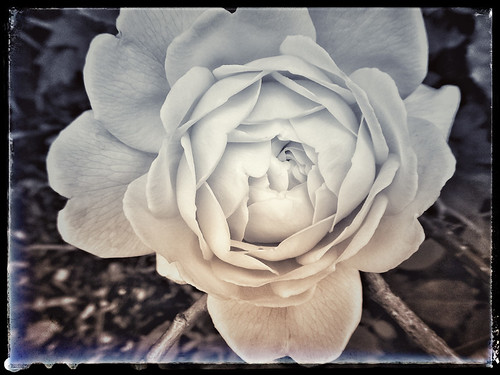 I was walking along the seawall when I saw from a distance a massive flowering tree. It was only when I got up close that I realized it was a tall cedar tree almost totally covered with pink climbing roses. 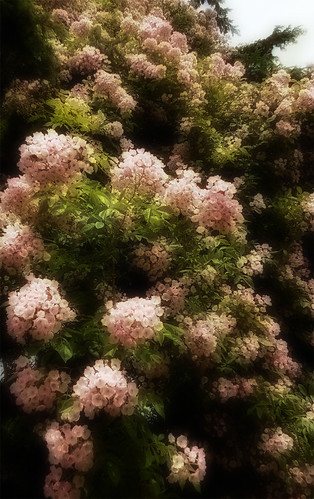 Those are white roses cascading down a smaller tree in the foreground. I have layered these three shots in Photoshop to create a hand-coloured effect. 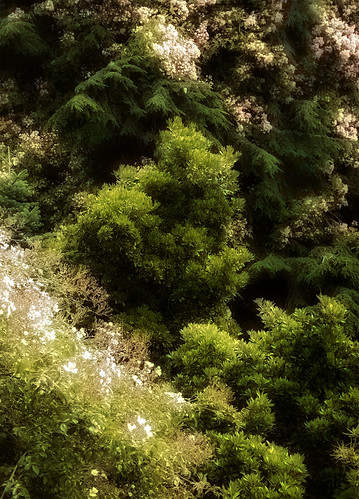 Trying to give some scale by adding a few people into the scene. 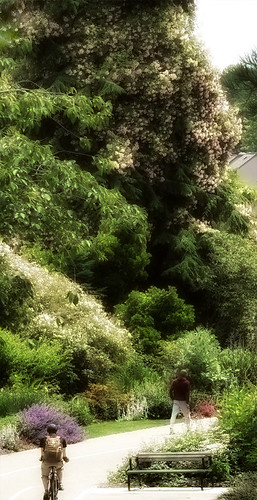 Unedited, a final attempt to give some scale by photographing the rose-covered cedar from behind where it was less encased! 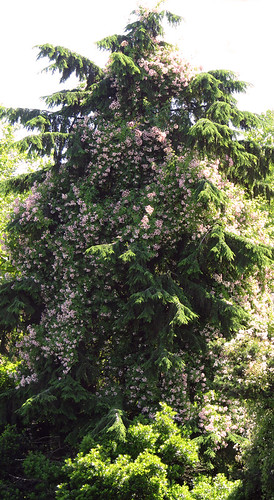