Strolling along the Seawall this July I spotted a bunch of waterlilies in bloom.

The shapes of the white flowers was beautiful but further along, just around a bend in the pond, were some pink waterlilies. 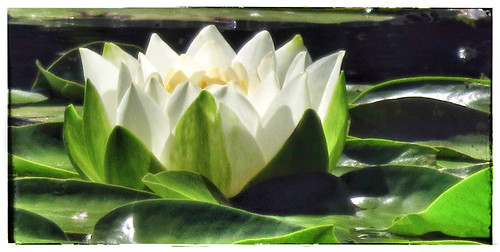 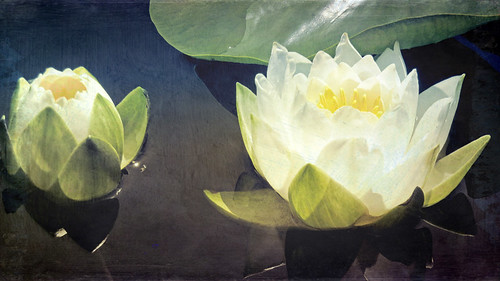 The pink lilies were almost identical to the white ones in shape only coloured a delicate pink. But while the white waterlilies had ordinary lily pads, the pink ones had lily pads that flipped up and curved around, exposing the burgundy backs of the leaves and the red-tinged edges. 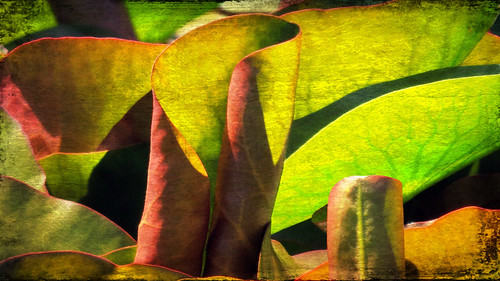 Because the pink lilies were around a corner I couldn’t get a photo of them without wading into the lagoon and there were warning signs about doing such a thing. I was only able to get a shot of the lily pads, and had to use the white waterlilies as a model for the pink ones.

Pink waterlilies in the Lagoons in a watercolour paper sketch book opened to 17″ x 5 1/2.

Then I googled ‘waterlily artworks’ and got a mass of Monet paintings like this one I took in the Portland Art Museum. Checking out Monet’s painting I learned that I could make the water more interesting. In my waterlily photo the glass-like surface of the dark water and the reflections added another dimension to the image.

Monet often had rippled water with the entire garden reflected in his ponds. I was there in 2015 and took this photo of a waterlily which I then tried to ‘paint’ using the now-extinct app Psychopaint.

Besides the potential for adding a variety of water moods to a painting there was the other addition to this scene in the way of dragonflies – hundreds of them, none ever stopping and landing. They were striped, something  I’ve only seen in the last two years. I finally managed to get a shot of one when it landed on a nearby pine tree. 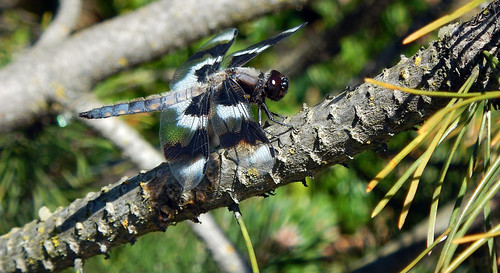 Anyway, food for thought in my next attempt at capturing these waterlilies.

3 thoughts on “Artworks and Photos of Waterlilies at the Lagoons”