This has been an unusually warm winter, thanks to climate change. The flowers are very confused.

Here are some blooming in January in Vancouver, which is in Canada. One of the warmest cities in Canada, but still – the only flowers that are supposed to be in bloom are Hellebores, which are actually somewhat messy-looking so I haven’t included any.

Oregon Grape, January 1st, 2021. These can bloom as early as February but typically bloom in April, May. They are a bee attractant but the bees are still snoozing in their hives. Does this mean they won’t get pollinated and produce their blue-black berries? 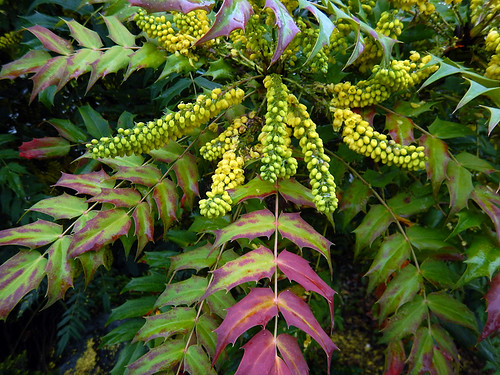 January 9, 2021 was a day for finding flowers. I’ll start with this orange Witch Hazel in bloom, a tad earlier than it is supposed to. 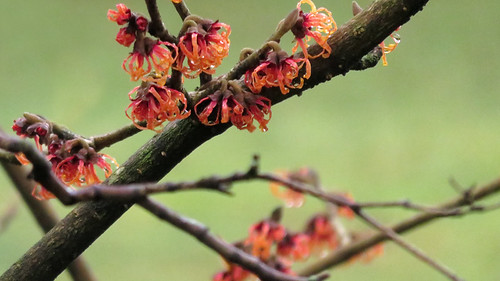 A somewhat confused pink Rhododendron was also blooming on January 9. 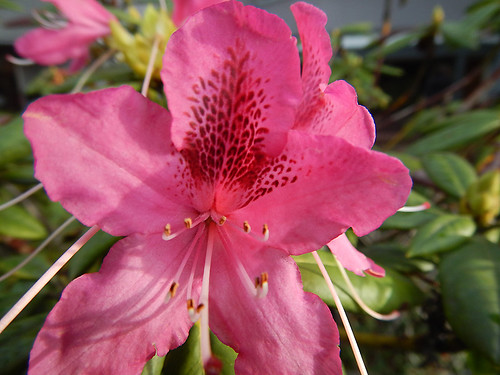 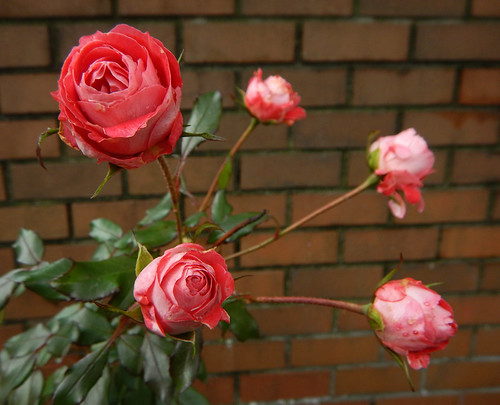 On January 10 I ran into a confused red Camellia in bloom . 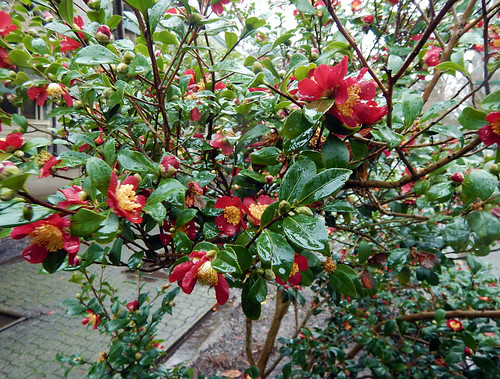 Close-up of a slightly different red camellia on a drier day in late January. 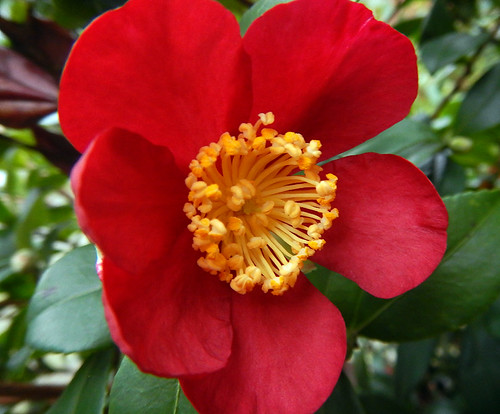 I’ll finish with this Pansy. I know there are winter Pansies that bloom in February but I’ve never seen one as spectacularly marked as this one! 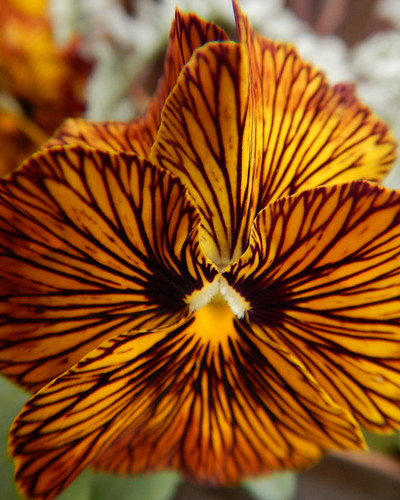