What with winter there’s not a lot to take photos of, so I’ve been busy with macros of tree bark.

It’s been a real voyage of discovery which is somewhat of a miracle considering the times we live in.

Although I have taken photos of bark before, it’s always been of trees with distinctive bark, most of which I know the name of. These ones, for the most part, are mystery bark, and will remain so until the leaves come. Even once the leaves are out, I suspect I am going have to do a lot of googling to find out what these trees are. 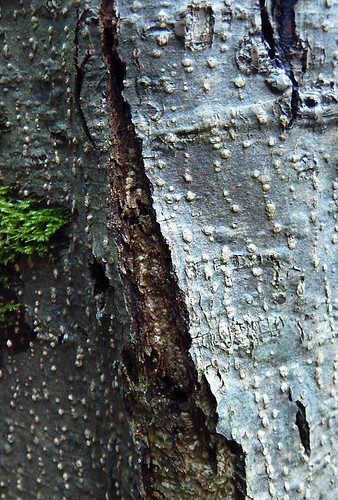 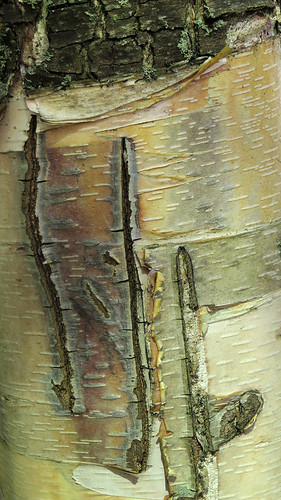 Lichen almost inevitably adds splotches of colour to the bark, in this case yellow. 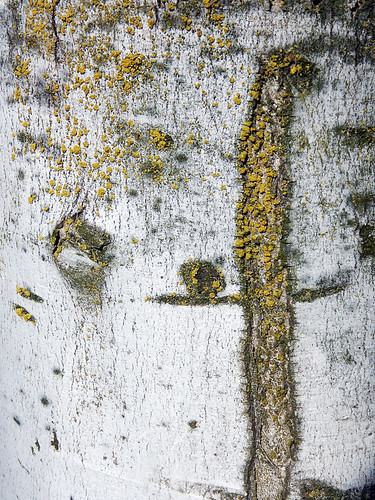 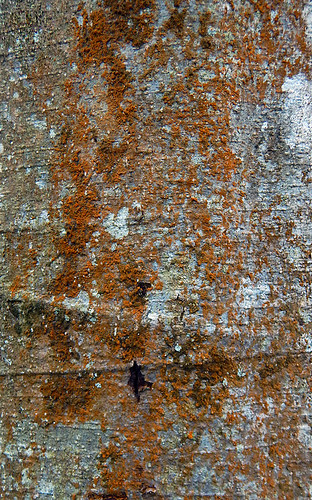 The distinctive linear bark of a cedar tree covered outlined in green lichen. 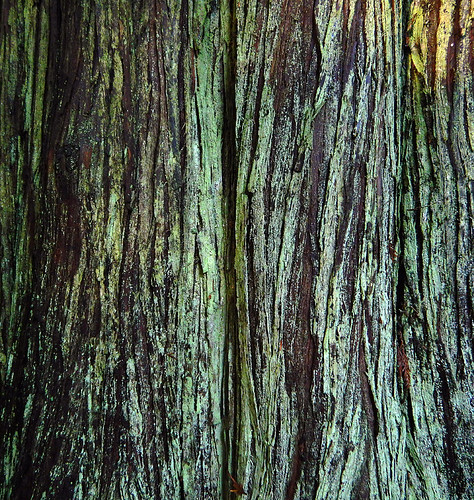 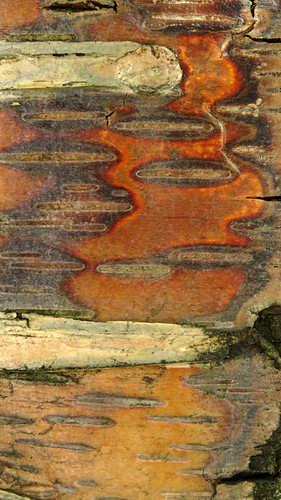 Paper Maple, one of the few I recognize without its leaves. 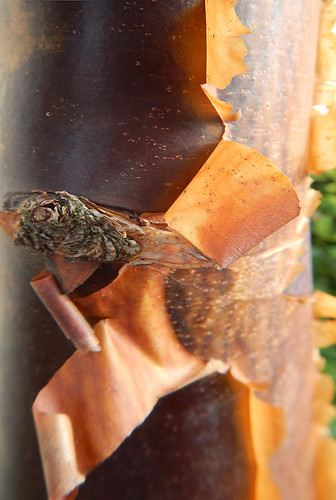 This one kind of looks like an owl with shiny black eyes. 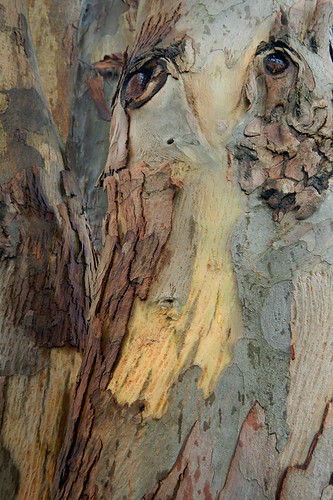 The folds of the bark of this tree look as if they are melting around the knots. Because it’s an evergreen I recognized it – it’s a Holly tree! I don’t think I’ve ever noticed the bark before… 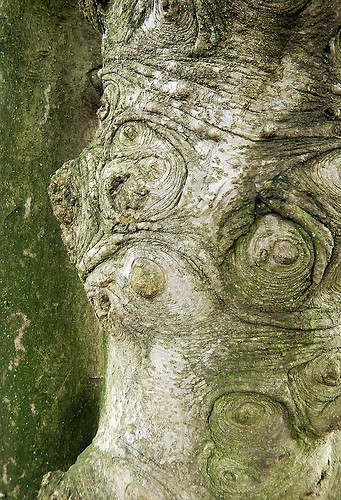 Some trees have a habit of reversing themselves, being predominately light on one side, and dark in others. 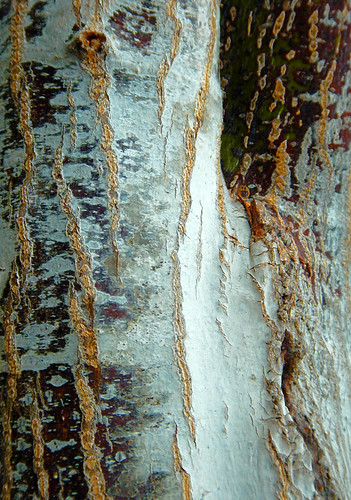 The white side of the tree above. 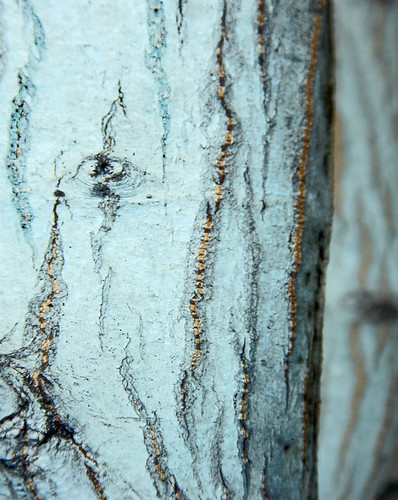 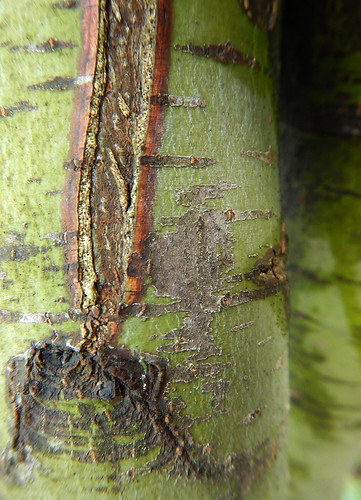 …and dark brown with lime green squiggles on the other. 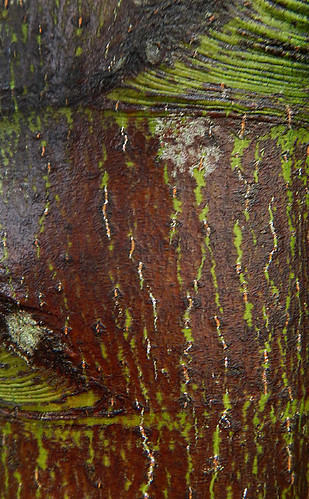 Then there is the interesting appearance of a tree that is in the process of divesting itself of its bark. 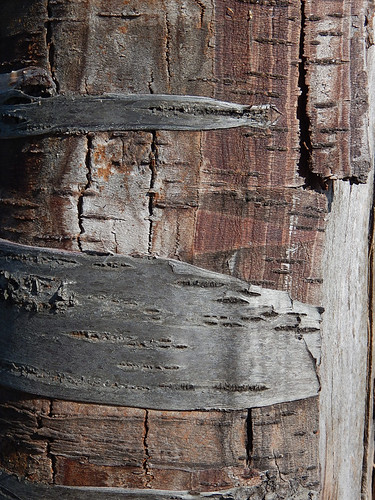 This is a favourite, a close-up of the almost blue cork-like bark peeling off of a fallen tree. 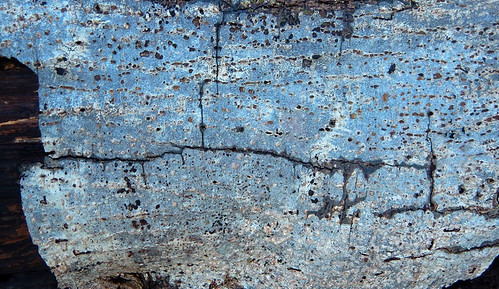 Another fallen tree. Some of the bluish tinge comes from the darkness in the forested area I was walking around in. 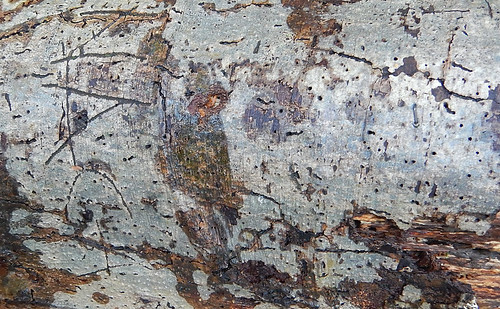 A fungus growing on a half-dead tree.

Speaking of fungi, do you think this one is overdressed?

Yet another dying tree, stripped of its bark and riddled with worm tunnels. 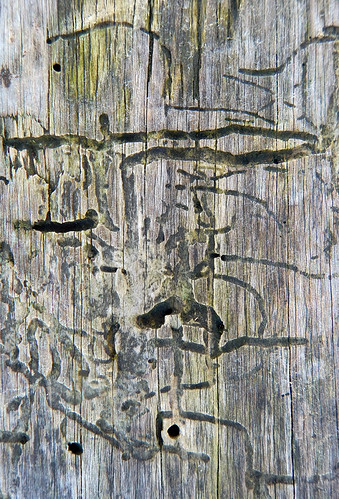 This is also my February Plant of the Month as I’m stuck at home because of Covid and there’s not much out there to photograph in Vancouver this time of year.

2 thoughts on “Tree Bark as Inspiration 2”

#rocks #stones #transparent #fluidacrylic #diptych #vancouverartist #texture
Last week I took a photo of a #scraped #metal #garagedoor which #lookedlike a #shrieking #rabbit. This week it is the #ChineseNewYear and also the #YearoftheRabbit. I thought I would dress him up in a #redsilk #jacket but in the end I layered him with the #Chinesejacket that was worn by a politician. #gongheifatchoi
%d bloggers like this: