Awhile ago the Lens-Artists Challenge was ‘Special Moments’.

Lately I have been in the process of creating diptychs of my other winter photographic project which happens to be macros of tree bark combined with particularly interesting urban decay, such as dumpsters, or concrete forms.

Diptychs: A Conversation between Natural and Unnatural.

Used concrete forms and tree bark from around the neighbourhood. 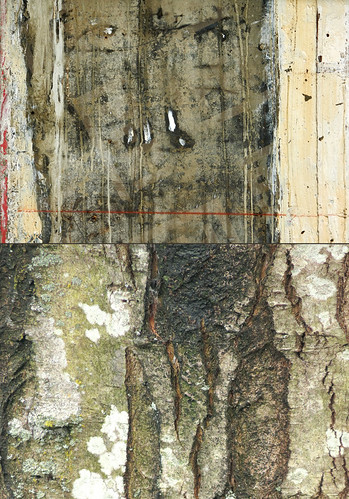 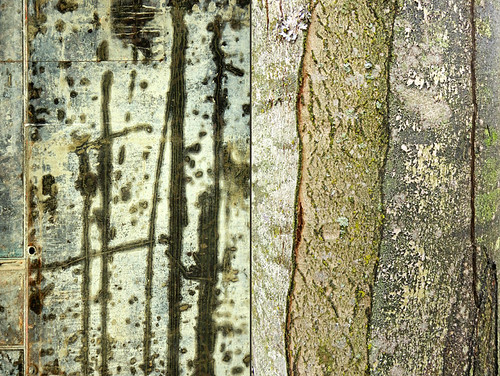 Most of the bark is from species unknown to me; in winter they are without leaves, flowers or any sort of possible identification unless the bark itself is distinctive. This one I know to be a cherry tree, and the GPS on my camera will give me the addresses of my other tree bark shots so I may be able to find out what they are as they burst into summer.

Now some diptychs of that particular crusty dumpster, with some patchy rust having a conversation with some fissured Birch bark. 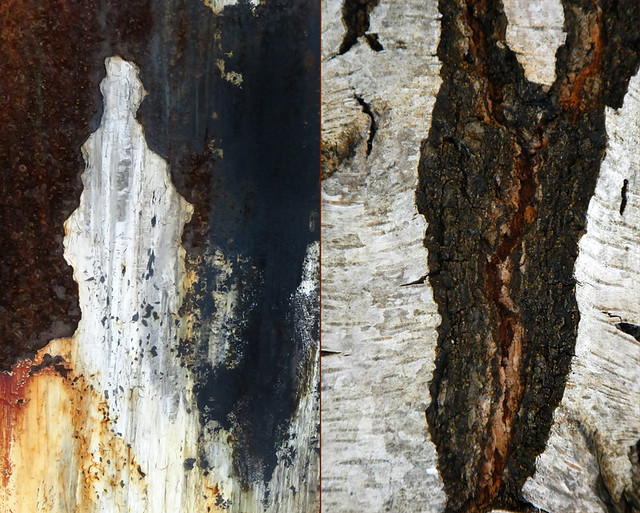 Abstract combo collage of tree bark with splotches of white fungi combined with the other side of the same rusty dumpster as above. 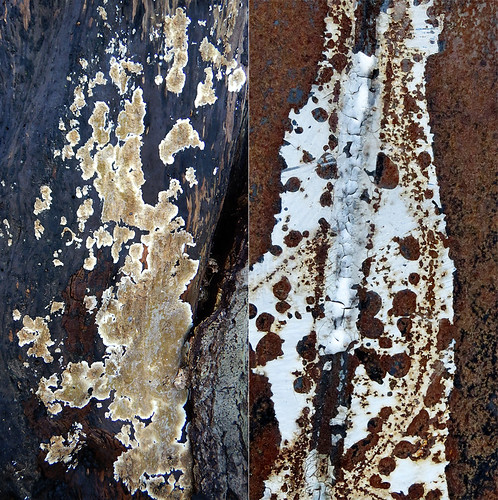 *I have checked through Instagram, Flickr and Google Images for ‘abstract, concrete forms’ and seem that I am the prime contributor to this particular form of beauty…

More of the Lens-Artists Photo Challenge: You Pick It.

15 thoughts on “Accidental Art from Dumpsters and Concrete Forms”