Due to lack of photographic subjects in Vancouver this winter I turned my mind to learning how to take photos of birds.

From the little ferry that crosses the False Creek there was a mural of all the birds in the neighbourhood which included the Barrow’s Goldeneyes (but not the ubiquitous Mallards; perhaps they didn’t work with the black, white & grey colour scheme). 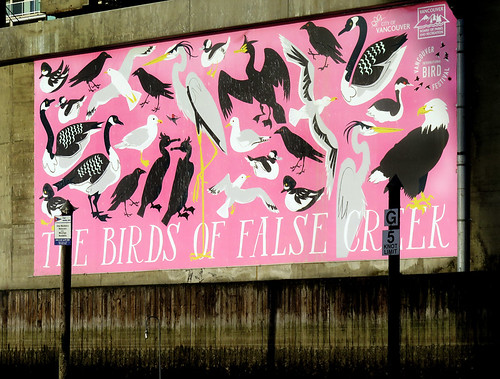 After seeing the mural I immediately spotted a Great Blue Heron in the duck pond on Granville Island and snapped this shot.

With only 5x zoom I had to get really close to get this shot but the heron just ignored me – he (or she) was totally focussed on fishing. In this light this ‘blue’ heron looks really blue but in most photos the colour appears as black. 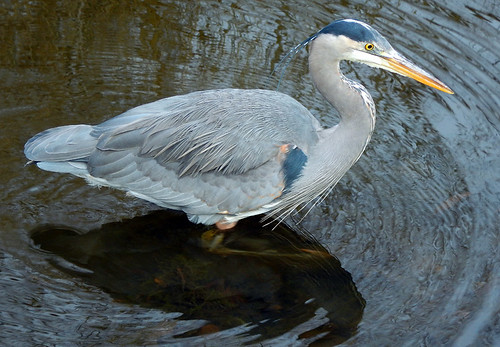 Another Great Blue Heron, again close enough to touch. He (or she) is really puffed up, and distinctly black not blue; I almost wonder if it is a different bird. 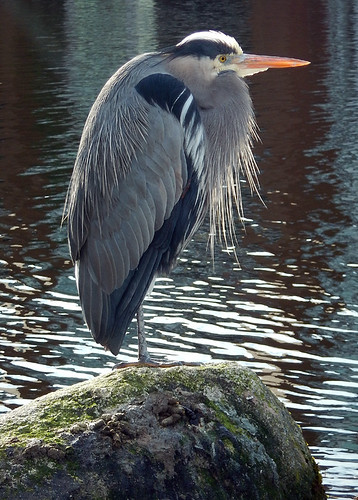 Canada Geese, famous for the mess they make. 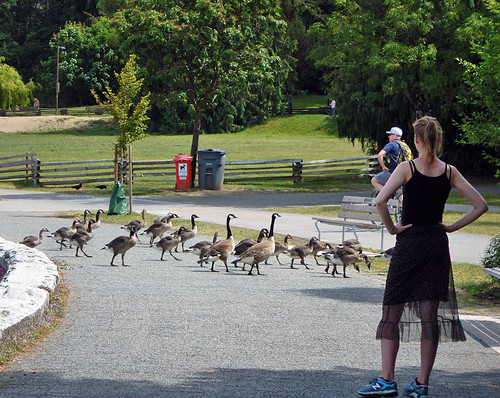 Apparently the best way to get photos of the goslings is to get down to their level. I tried this once last year, and almost got run over by a stampede of goslings on Seawall. I will try again this year, and maybe go for a different camera with more zoom and an adjustable shutter speed.

Canada Goose having a splashing bath in a nearby duck pond. There were about 20 of them all doing this strange-looking rollover, exposing their fat bellies and then rolling back and splashing madly. 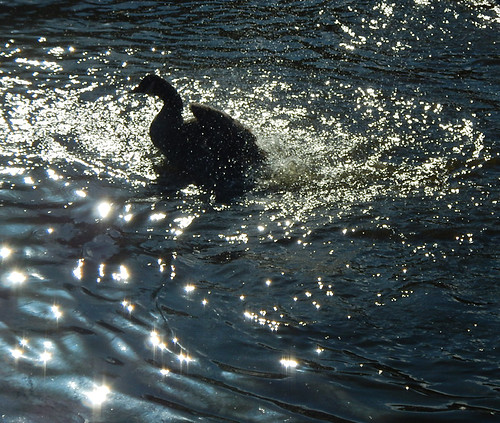 While the geese were doing their bath thing in the open area of the pond these red-winged blackbirds were having their own bird baths flinging themselves off a low-lying limb of a tree. 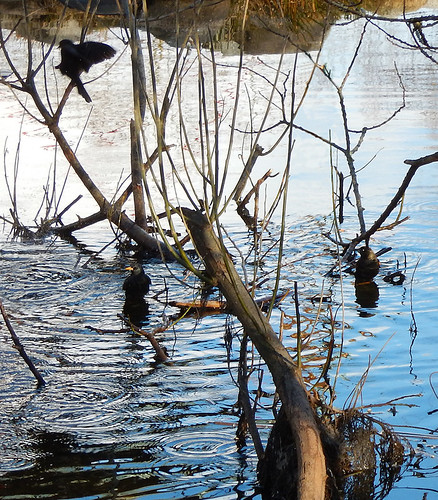 Northwest Crows are all black with a black beak. They are quite aggressive; I have seen them herding much larger birds out of their favourite eating areas, and attacking both people and birds who come too close to their nests and fledglings. After uprooting my newly planted herbs and flinging them on the deck, this little demon crow has been burying peanuts in my plant pots. 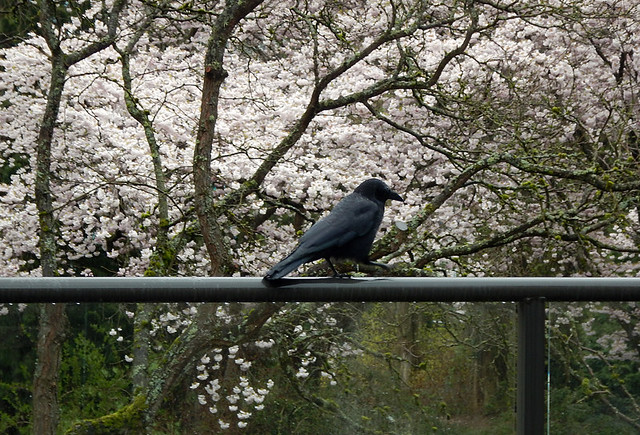 Focussing is a bit of a problem with my point n’ shoot. These coots would frantically swim away as soon as I got close, meaning that I only have shots of their out-of-focus backsides. This one is no exception except for a Mallard that decided to photobomb the shot.

Now to Bald Eagles. There are 20 nesting pairs within the city itself. One of these pairs lives only about four blocks away. I discovered the site on one of my ‘back’ road COVID walks, and took a photo of the nest. One of the eagles was up there – I could see tail feathers every so often as it bustled around. But the 5x zoom was impossible, and I decided that the next blue sky day I was going to return with a different point ‘n shoot, one with 30x zoom. The sky wasn’t the blue I wanted but I decided to try anyway. Unfortunately these are urban eagles and this one was quite the scruff – I wanted to call out, “shampoo and blow dry for the bird!” 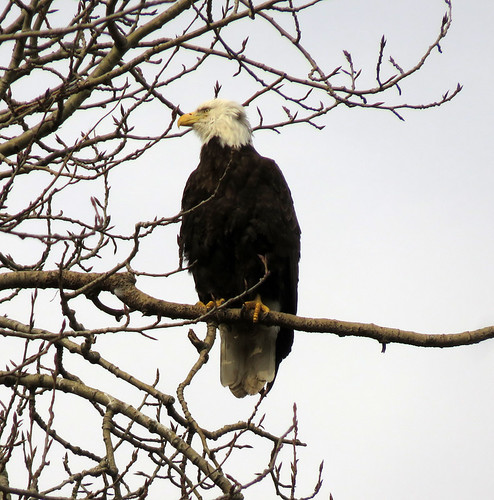 With eagles the female is larger than the male, with a more pronounced curve to the beak. So he (or she) was joined by their mate for awhile. I can see that point ‘n shoots don’t really cut it for bird photography – getting it to focus where I wanted was a challenge… 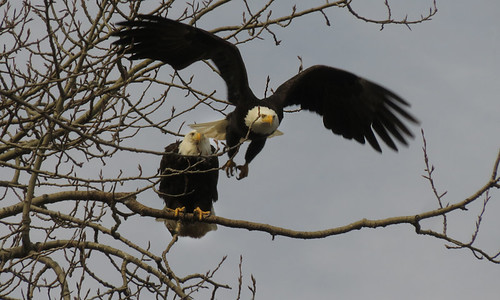 At any rate I have learned a lot about ‘how NOT to shoot birds’, and may get there some time, especially with all the posers hanging out in the hood!

More of the Friendly Friday Challenge: Something Learned.

4 thoughts on “Taking Photos of Birds in the Hood”