Lately I have been playing around with some watery reflection images.

Wavery forest reflection in a dark pool in the Pacific Spirit Park in Vancouver, Canada. 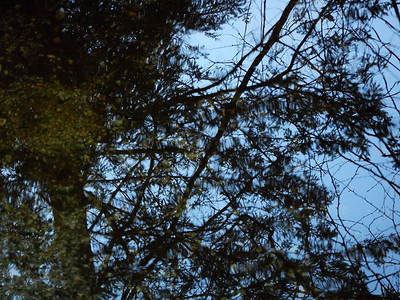 For this challenge I decided to apply the Sumi-e brush stroke filter in Photoshop which I have had a lot of fun with in the past. The filter turns this image into a Japanese painting. 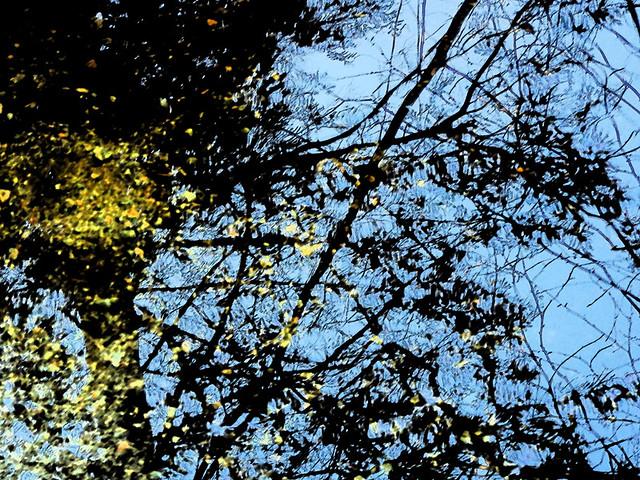 Same pool, on the other side with sunlight flickering in and out. 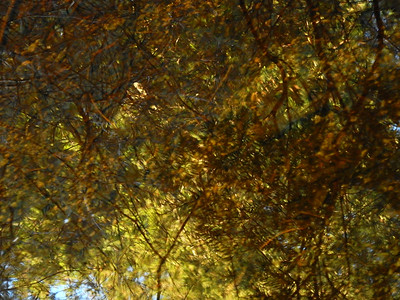 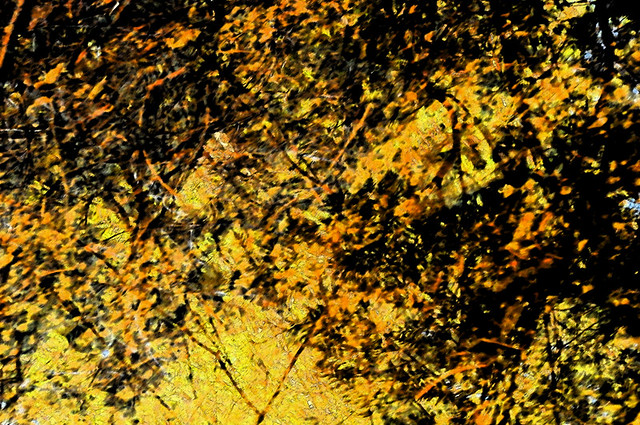 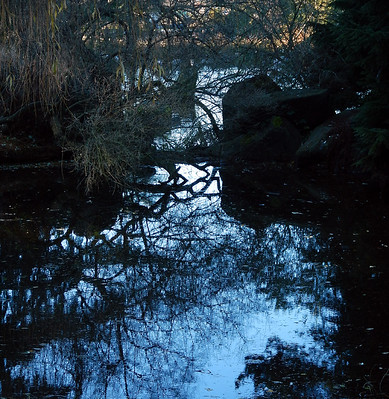 The Japanese landscaping heightens the effect of the brushstroke filter. 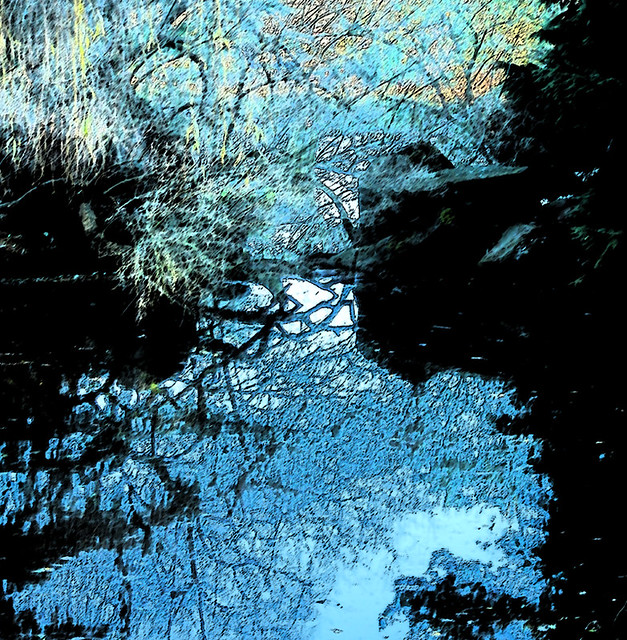 A golden Koi fish in a pond reflecting the leafy branches of overhead trees in the Puerto Vallarta Botanical Garden in Mexico. The koi in Sumi-e didn’t come across quite as well as the others. 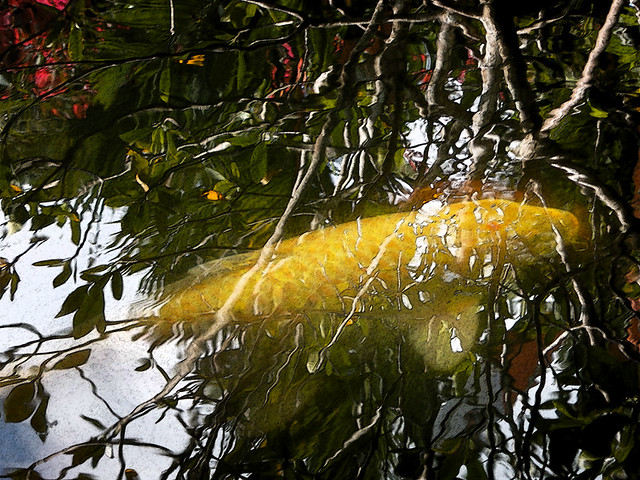 When I went to my iPad to try a few photo apps I was surprised to find that Stackables (which I paid a small amount for) is no longer being supported, and Sketch Guru, which was free, now wants to charge a subscription price of $17.49/ year – not worth it, primarily since it only exports tiny files. Many other apps that I have used now seem to have ‘premium’ filters which you have to subscribe to get. At any rate, this is the Koi in DistressedFX, one app that still works. 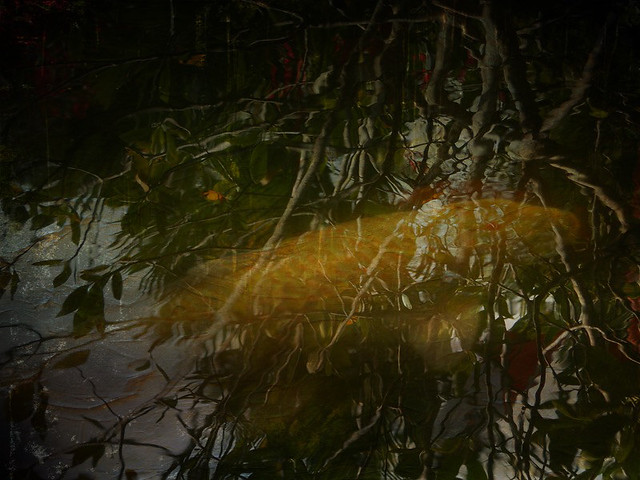 For some reason, these pool reflections in Zion National Park in Utah, USA didn’t work in Sumi-e either. 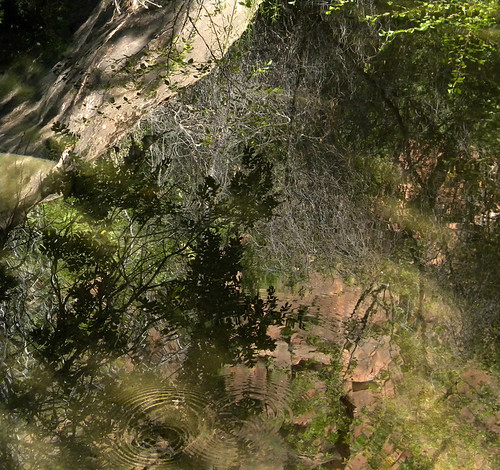 I had in mind using the glitch app Groovo to make the ripples in this pool really ripple, but neither WordPress or Flickr would let me upload the small video, so I edited it in the photo app Snapseed instead… 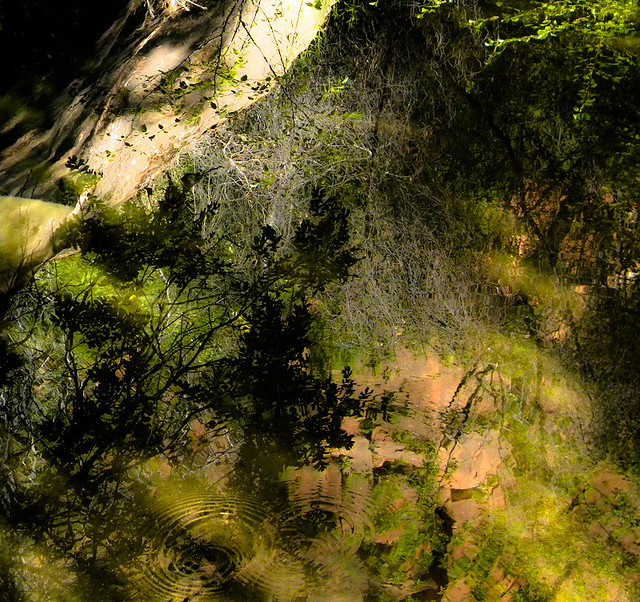 Hmmm, spoke too soon, the mini-video was uploaded to Flickr – it just wasn’t where I expected it and it doesn’t ripple except in Flickr. 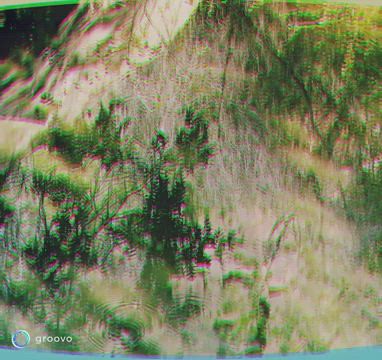 More of the Lens Artists Challenge: One Photo, Two Ways