I used to love my 35mm wide angle lens – to me it seemed much closer to what I actually saw than the 50mm.

Sunset at Long Beach on Vancouver Island (1974); scanned from slide.

Then I discovered these wonderful little Fuji cardboard cameras that shot great panoramas. The range of focus was between at least one metre and no more than three metres away, and I quickly found that the best way to get a good-looking shot out of these cameras was to put something in the foreground making the slightly blurred background look okay.

One of the best things about them was that one could shoot vertically as well as horizontally. I love the aspect ratio of these too.

At some point Fuji switched their panorama cameras from 35 mm to 110 mm and the quality went way down so I started using a small Pentax. When my Pentax started misbehaving badly on the first day of a six-week trip to Japan and Vietnam, I purchased a $50 Ricoh which did panorama shots and I was back in business.

Lantern ‘skeletons’ against a yellow wall in Hoi An, Vietnam (2003).

Then digital cameras appeared. My first digital camera (2007) had an option to do 16:9 aspect ratio, the proportions of HD TV. For photos it was almost as good as my cardboard panoramas, allowing extraneous detail to be cropped out, but with a way better range of focus. 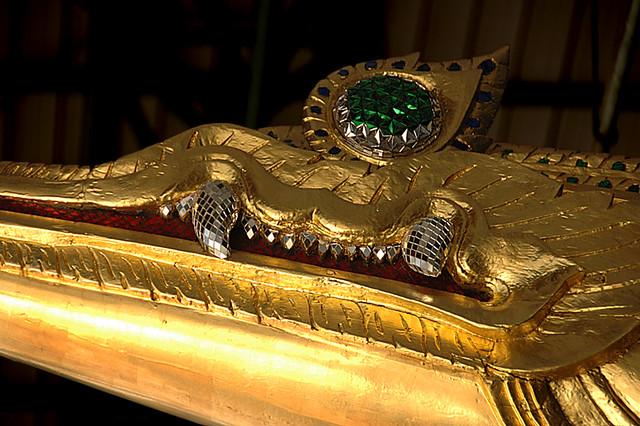 Although not quite as dramatic as panoramas the 16:9 aspect ratio works well either vertically or horizontally. 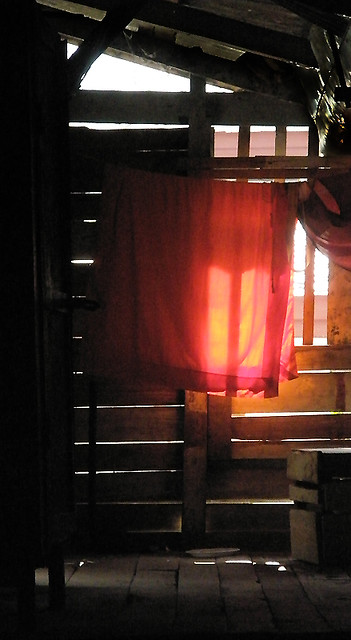 A saffron robe hung to dry in the monk’s quarters of a Buddhist temple in Luang Prabang, Laos.

The camera also had an option for longer panoramas. This early version of panoramas required you to take 2, 3 or 4 shots, visually aligning them and then allowing the camera to knit the images together. This worked fairly well at Angkor Wat as it allowed me to wait until the tourists wandered out of each shot making it seem (falsely) that I was alone in the jungle instead of being in a herd of tourists. Trying to do this vertically most often ended in a fail.

A three-shot panorama of tree roots enveloping a temple at Angkor Wat, Cambodia (2007).

The newer cameras piece the epic 180° panoramas together as you go, less work, but if there are people moving around in the shot they tend to lose an arm or leg. Here people are standing in awe of their surroundings and not moving around which causes them to blur awkwardly.

Or you have to find places where there aren’t any people, such as the Irish coast in October…

I still love the proportions of the original panoramas though – these 180° shots are a little too wide for me. I suppose I can always crop them down but there’s something about being able to compose the shot all at once…

8 thoughts on “Going Wide With Panoramas”