This is one of the images that I picked for a submission, primarily because it was popular in an informal poll, and people mentioned the ‘blue’ as a positive step, transitioning to blue skies ahead.

I have been working on paintings that try to encompass the two very different things into one image, and this is the image I have been working with most, probably because of the blue strip. This is my first watercolour sketch where I am trying to combine my fissured bark/rusty urban object abstract. 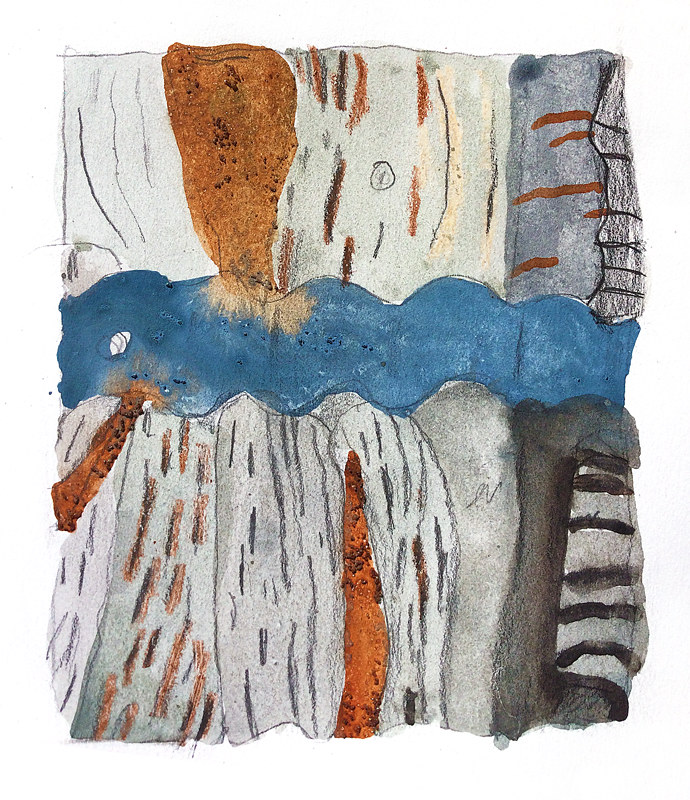 And my second. The texture is from salt which is sticking and won’t brush off. I quite like it as watercolour doesn’t usually have texture, and this does. 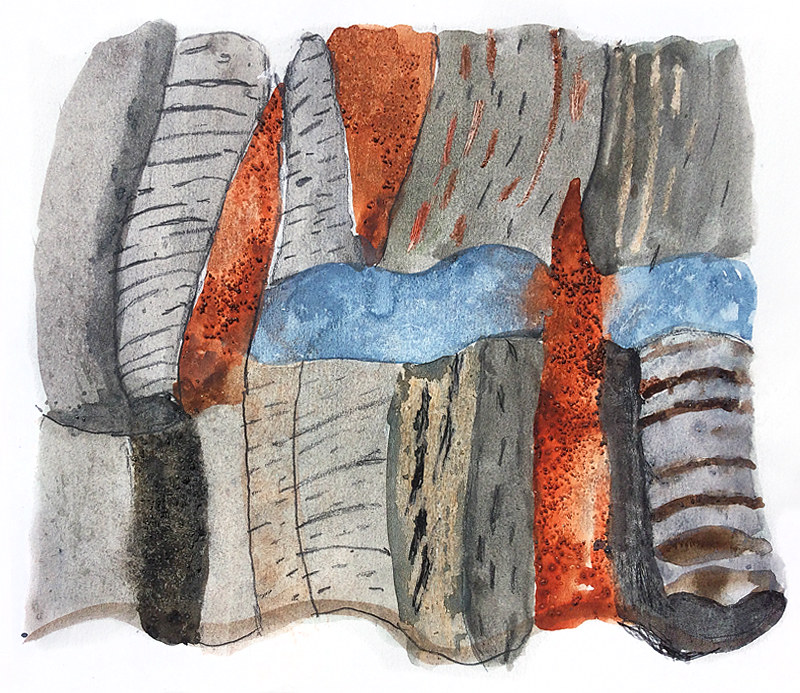 This acrylic painting is not finished, but I like the way it worked with the scraps of painting and wax paper underneath.

The blue for the corrugated metal strip of inspired by my bark abstract diptych.

This image was chosen as part of the exhibit ‘Surfacing’ but unfortunately it is in an online gallery which really doesn’t have the same look as when it appears as an 18″ x 31″ E-Print aluminum plate mounted on a wall.

Studio wall with two photos diptychs and two paintings. The diptychs are part of my Natural/Unnatural photo series; the paintings are of Stevns Klint in Denmark – a super-inspiring place!

One thought on “Inspiration from Corrugated Metal and Tree Bark”