In December 2020 I found these two photos next to each other in my photo previewer. I liked the way they complemented each other and I added it to my ‘Favourite Photos of 2020‘. Although I didn’t realize it at the time I had just started something that came to occupy me through all the trials of 2021.

January I went on a multitude of walks and took masses of photos. Mostly they were about texture with the bulk of the photos either macros of tree bark or eroded urban objects, a continuation of my November and December ‘shoots’. Let’s face it, at that time of year there wasn’t much else around to take photos of.

Best spot for nature shots in January: Pacific Spirit Forest with all its trees and dark pools reflecting those trees, shown here with a Photoshop Sumi-e filter added to bring out the golden tones of the stones within the pond, and then combined with a capture of cracked paint on a lamppost. 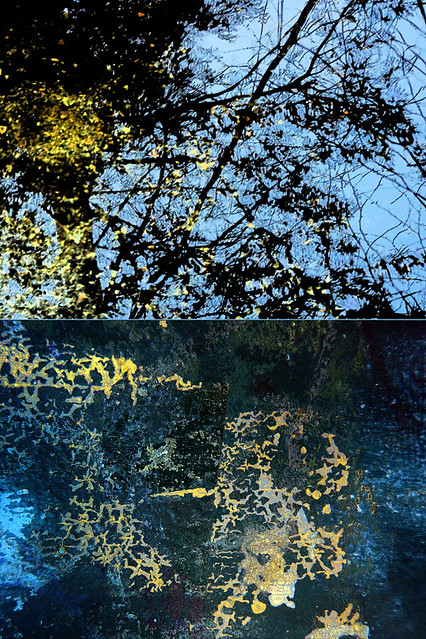 By February I was getting a tad bored doing all those macro shots and started taking photos of Birds in the Hood. These didn’t result in any diptychs but by then I had so many images to play with it didn’t matter…

In March I was again looking through my photo previewer and rediscovered the delight of combining of two very different forms. At this point I started to put together masses of diptychs.

I also made another fabulous March discovery: used concrete forms! This was just a small section…

Here I have combined what might be birch bark with a section of the used concrete form. 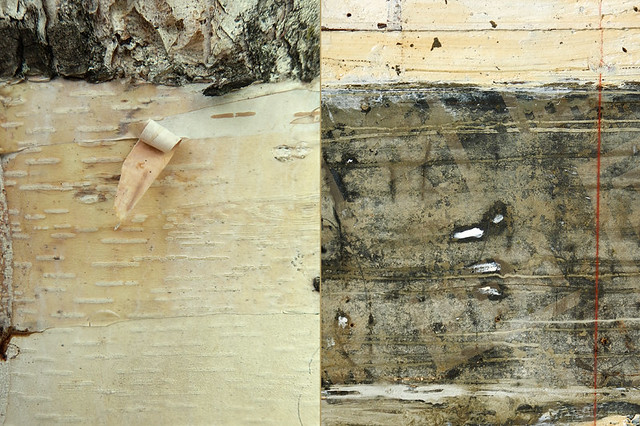 Summer brought masses of flowers and I took a lot of shots of these. But they don’t combine with dumpsters or graffiti that well, I’m not sure why. At any rate, I kept on playing with diptychs but used earlier images.

In August I found a bunch of lichens on trees that resembled, to a certain extent, lichens on cement walls. To me they both had a Japanese art feel. I wrote about them and some other macro shots I had taken in this post. 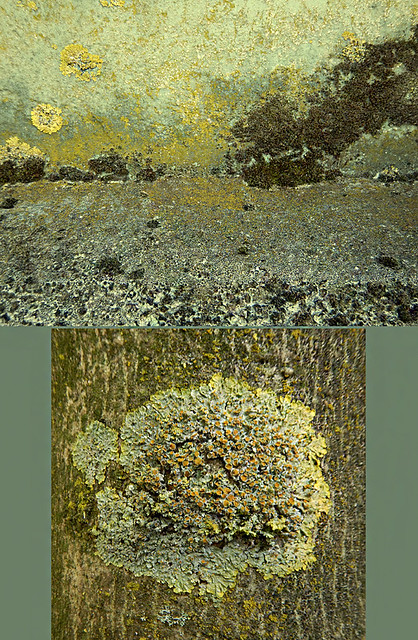 Late September I realized that our yearly annual Culture Crawl was coming up fast and that I wanted to put some of the diptychs in my show. To print the diptychs the way I wanted was roughly $200 each at the sizes I was using, so I only printed three. I put this one temporarily up at home to see how it looked on a wall. 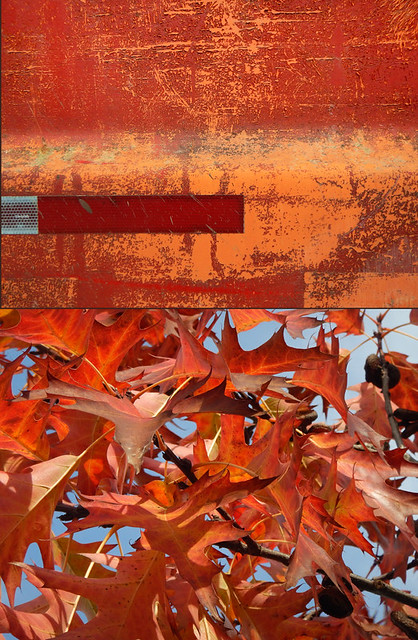 October also saw a lot of mushrooms and fungi, which were a tad tricky to work with but the results were interesting. Here are some cute fungi combined with blistered paint from my favourite crusty dumpster. 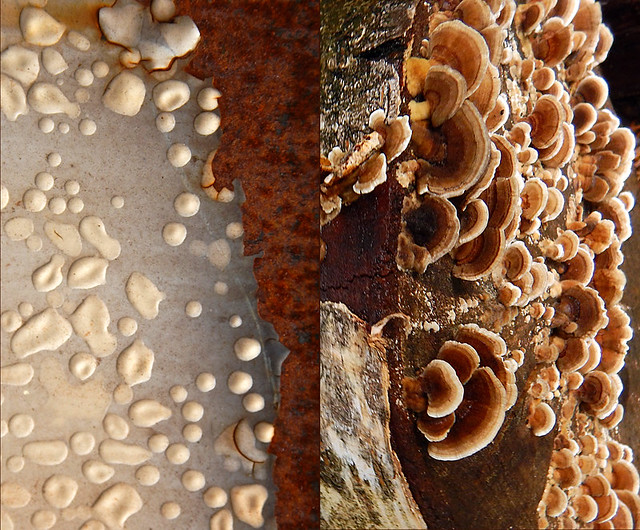 The Giant Rhubarb (Gunnera) leaves were cut down and stacked on top of the plant base to protect it during the winter. Here I made an abstract diptych combining one of the dying leaves with a cracked cement wall. 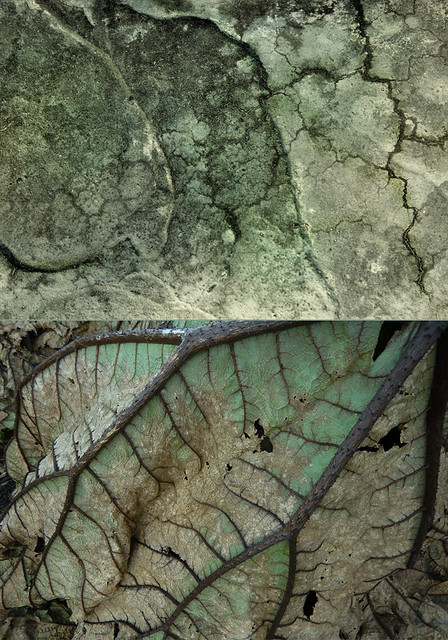 November was the month of the Eastside Culture Crawl. For me it had been two years since I had participated. I wasn’t sure that the prints would mix with my paintings very well but I was surprised. Here is the back wall of my studio with two prints and two paintings. 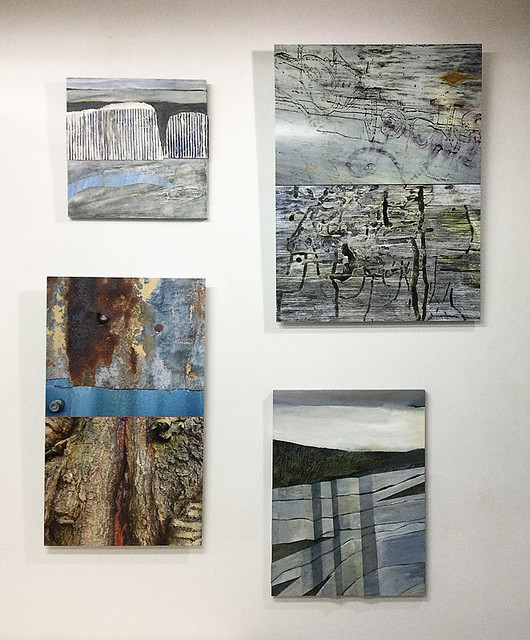 Preparing for a show, and then spending 7 days at the show was pretty intense so I took a month off of thinking. The COVID counts were low so I got out and about, visiting with friends, some of whom I hadn’t seen in two years!

However, the COVID counts went back up at Christmas. It also snowed. A lot. Something we don’t usually see much of in Vancouver – apparently it only snows at Christmas once every 11 years. So I am back to being inside and working on the newest diptychs, inspired by all that snow!

And as we slide into yet another January with surging COVID cases I see I will be replicating a lot of these none-transit-using walks.

More of the Lens-Artists Photo Challenge: Favourite Photos of 2021.

9 thoughts on “Favourite Thing to Do with Photos in 2021: Diptychs”