The Platanus genus is a small group of ancient tree species, commonly called Plane Trees or Sycamores, dating back to the Paleocene period, 66 to 56 million years ago.

The bark of the Plane Tree has a distinctive pattern that reminds me of jigsaw puzzles or camouflage. Three shots of the bark on one tree show faded tans, browns and pale orange that look like layers of porous leather glued together.

The jigsaw-like bark comes in other colours such as ochre/pale gold.

The other side of the same tree as above showing the lichen-crusted bark cracking in a way that will eventually delineate the unusual pattern on the bark. 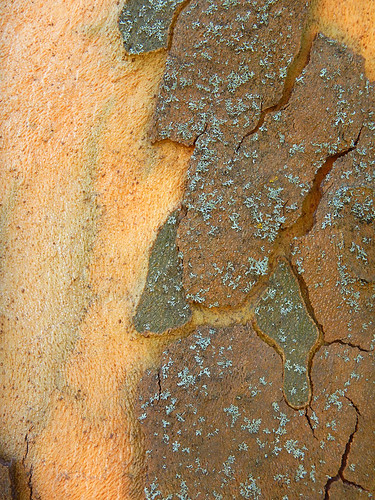 On Day 27, 28 and 29 of a  New Year Daily Drawing Challenge I was working from this abstract diptych featuring patterns of rust on a dumpster combined with the bark of the Plane Tree.

My first attempt (Day 27) was to use splattered watercolour and salt to try to add dotted texture. It didn’t really work and the colours  weren’t right either. 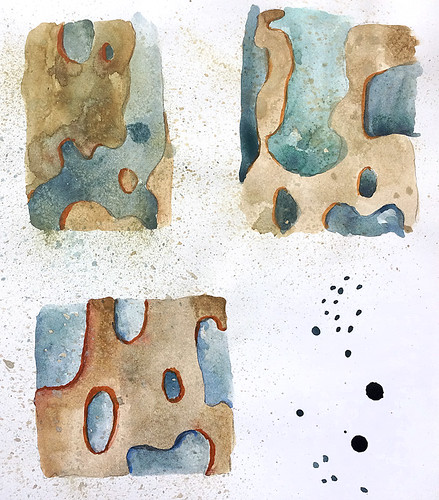 On Day 28 I had the bright idea that I would use blue crayon underneath and then paint over it with pale ochre paint. The blue crayon was a bit too bright, and I got a bit carried away adding the colour, and then (for some reason unbeknownst to me) added lines as if it were a birch tree. Ultimately this one is even further away from the original although I like the liveliness of the composition. 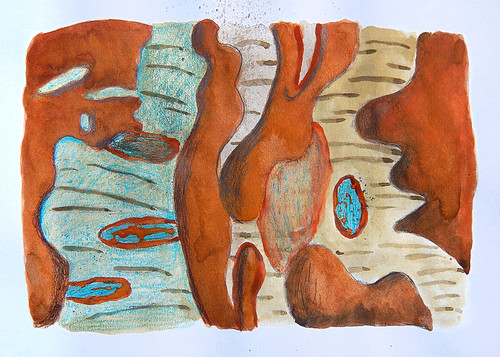 Day 29 was one last try to capture the diptych but again the turquoise crayon is too bright and the pale ochre painted over top barely shows. I came to the reluctant conclusion that the pale creamy yellow in the diptych can’t really be captured in watercolour. 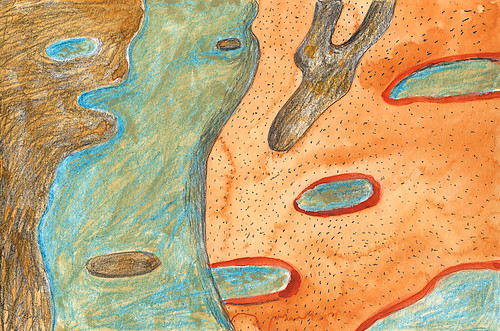 Later I went to my studio and went over the painting in acrylic.

Day 30. One last attempt using roughly the same layout as the diptych. This one differs as I went back to study other samples of Plane Tree bark, and had picked out a few different colours. I tried scratching the paper to simulate the pores. Later I added more colours and the white ink ovals. I think this one is my fave. 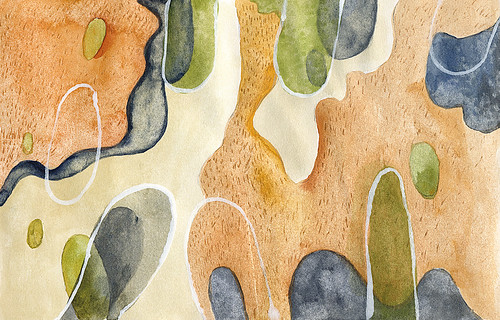 By this time I had noticed that the ovoid shapes were almost always vertical and not horizontal as in the previous two drawings. I think the intense colours and the black on this one were because the bark was wet. 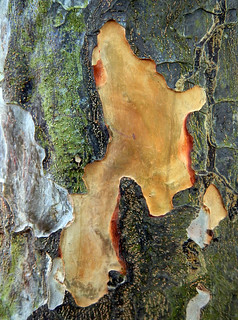 Because I had to wait for each colour/layer of watercolour to dry before adding the next I was working on three different versions at the same time. For Day 31 I tried playing with the shapes of the image above but again it strayed rather far from my sketch. Also I was back to trying crayons again, this time using it for orange dots, and white acrylic ink for white dots. 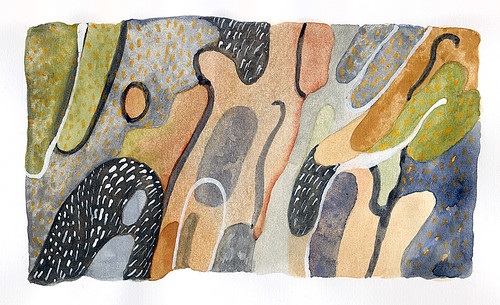 This photo gave me the idea of doing outlines of some of the ovoid shapes on the previous two sketches. I was also trying to figure out how the tree decides which parts are rust-coloured and which parts are pale green…

Bonus Day 31 drawing. Straight out watercolour. The painting kind of reminds me of a fabric, maybe from the 50s? 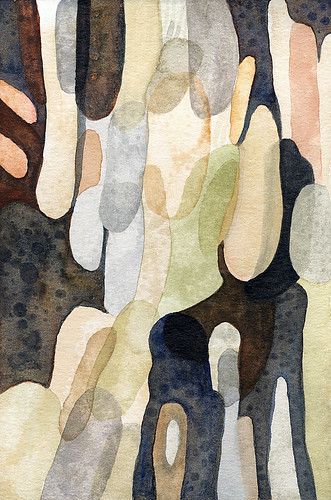 Bonus abstract diptych of the jigsaw tree bark of the Plane tree, with green algae, combined with peeling paint on a black lamppost. 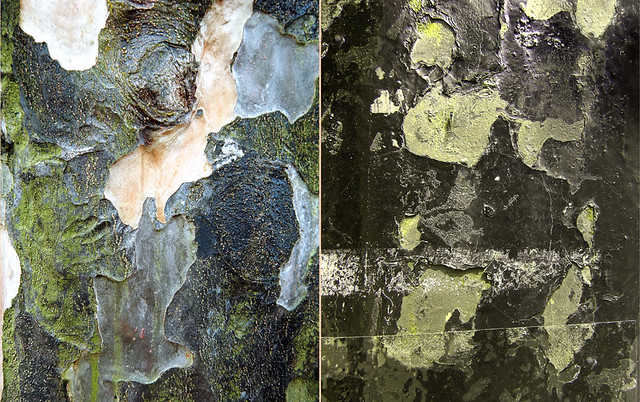 The Plane Tree has red maple-like leaves and green spiky seeds in the autumn.

Fossil records exist of their leaves. Although it is present the leaf-shape doesn’t show up that well on my collection. 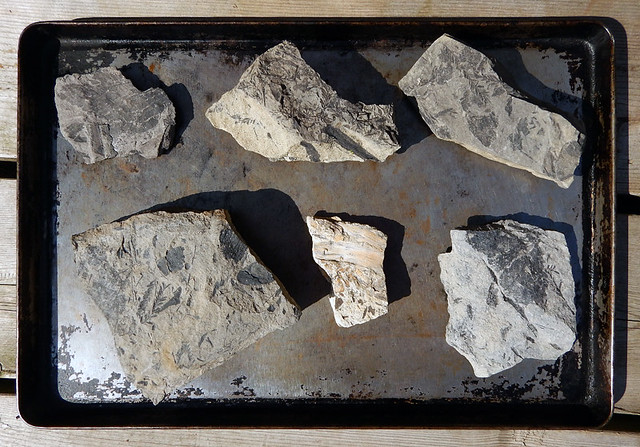 My dad had one with an entire leaf on it. At the time I had no idea what plant it was from so I used a Maple leaf rubbing for this etching.

Detail from a fossil painting of an ancient maple-type leaf. 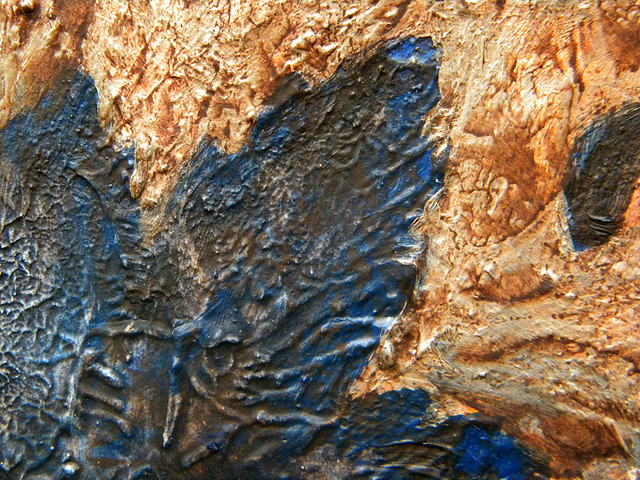