In the case of my art I’ve mostly planned diptychs and triptychs in order to get a long continuous scene onto the wood panels I use.

Here I fudged up a few photos of Stevns Klint chalk cliffs in order to paint three 2′ x 4′ panels, resulting in a 6′ x 4′ of the scene. A custom-made 6′ x 4′ panel would have been very expensive and had the potential to warp. Also I can more easily lift and later transport the three cheaper 2′ x 4′ panels. I suspect that many early artists used triptychs for much the same reasons. Many Japanese screens often use this principle to divide a scene in three parts.

This stained-glass window in England’s Gloucester Cathedral shows a continuous scene in a sequence of three. 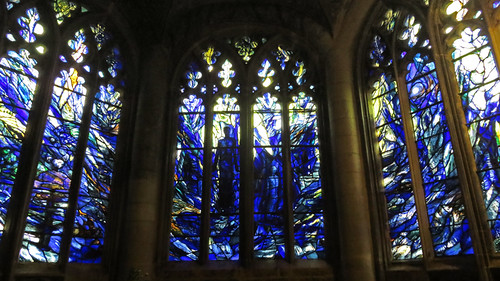 The other primary reason that painters used triptychs was to tell a story in three parts. This weeks’s Lens-Artists Challenge: Three of a Kind was created by Leya who was inspired by Hieronymus Bosch’s triptych The Garden of Earthly Delights, created in the early 1500s. This tells a story in three panels over a period of time: the first panel is a scene of paradise with Adam and Eve; the next an overpopulated world of apple (and strawberry) pickers; and the last a dark corrupted world.

This creation of a story in three parts can also be done with photography and this works well using three timed shots to impart a narrative over a period of time.

Our guide Cesar leading us into the red rock formation known as the ‘Amfiteatro’ in the canyons outside Cafayate, Argentina. 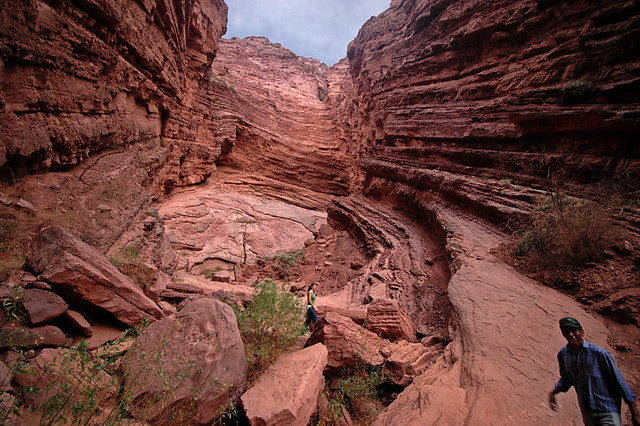 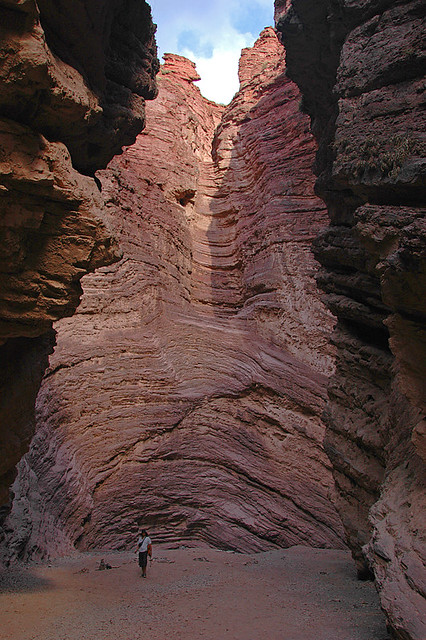 A man playing the traditional music of the Andes with the sounds of the flute and charango resounding perfectly using the acoustics within the ‘Amfiteatro’. 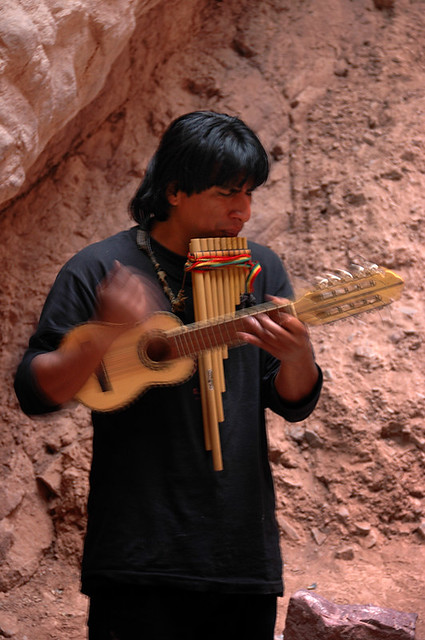 Originally I thought that these three images would be tricky to combine into a proper triptych as the shots are both horizontal and vertical. In similar situations, where I have both vertical and horizontal shots, I have often cropped the images into squares before combining them into a triptych. However, in this case the opening image would have lost the power of the wide angle. Finally, after checking out Leya’s post again I came up with a different type of triptych, a mosaic of sorts. I also had to do some matching of colour as the second two had lost the deep reds of the wide angle view.

Another way to ‘tell a story’ is to use different elements of the same subject. One example would be to use a wide-angle shot to establish the scene, and the next shot closer and the last one closer still. Since I was playing around with my shots of the high Andes of Argentina I have used these three horizontal shots of a barrel cactus in bloom in the hills above Tafí.

Here’s another unusual cactus from the high Andes, the ‘Cacto Cardón’, along with the brilliant blue sky and sketchy clouds found at an altitude of over 4000 metres. When I tried to combine them into a proper triptych, it was trickier than it looked, as the horizon of blue sky, which I had thought that would hold the three shots together, was all over the place and would only work in a vertical triptych. 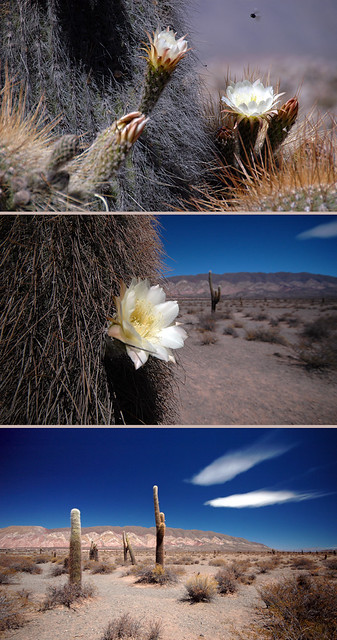 Another way to create a triptych is to show two similar elements sandwiching the third, in this case of the red bark of the Madrone arbutus trees, native to Arizona, combined with a woman holding a Harris’s Hawk in the same state. 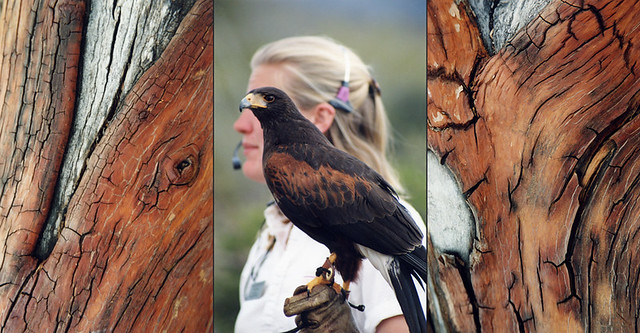 Three of a kind, in this case the ‘heart’ of red and yellow tulips, are combined in a way that allows a dialogue between them.

And I just realized that the Spanish textbooks that I have been working on also come in ‘three’ levels, so here is a triptych of the three Soleado covers. The third editions of Módulos 2 and 3 have to go into print at some point this week. By putting the three together as a triptych I realized that I need to do a bit more work to make the older third edition of Módulo 1 match up with the two newer ones.

Lens-Artists Challenge: Three of a Kind.

14 thoughts on “Triptychs or Three of a Kind”