Moving into an apartment means I no longer have a garden, but lucky me, the city has planted a shade garden just outside the back door. Shade gardens aren’t as breath-taking as ones basking in the sunshine, but if you look closely they reveal their own charms.

Daffodils do well in a woodland garden in the dappled light of March. The city gardeners have taken to weaving branches off of pruned trees to create rustic fences to keep curious dogs out of the garden. This fence is sprouting dark pink leaves. 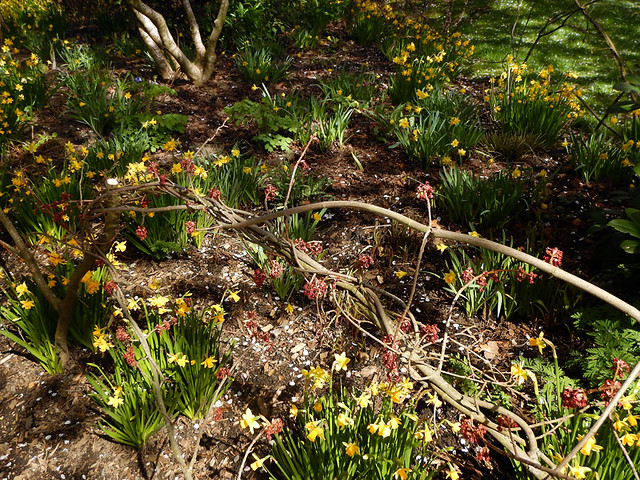 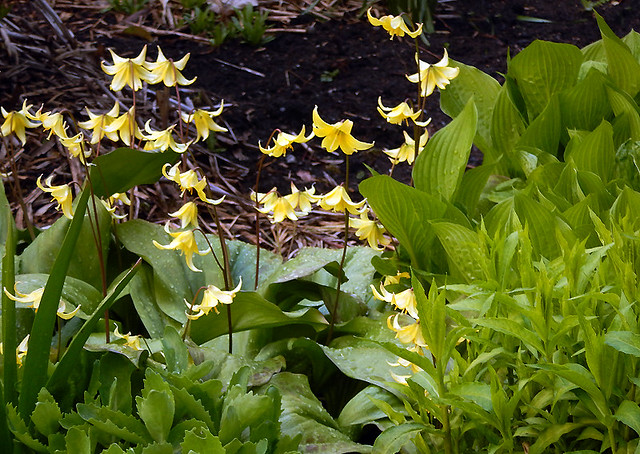 There are the usual suspects such as Hostas, Azaleas, Hydrangeas and this purple Rhododendron that flowers in April. 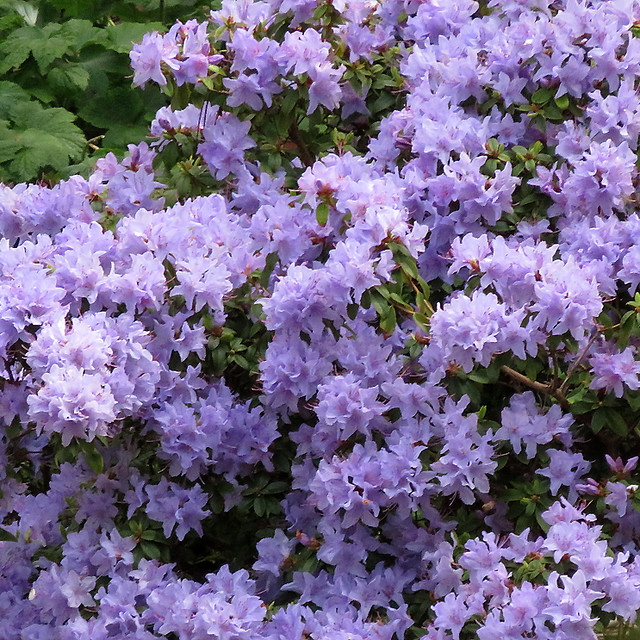 This green-yellow Hydrangea appeared in June, quite different from many I’ve seen, with the leaves starting off purple and gradually turning green. The city gardeners often seem to get hold of plants that are hard to find in the local garden shops. 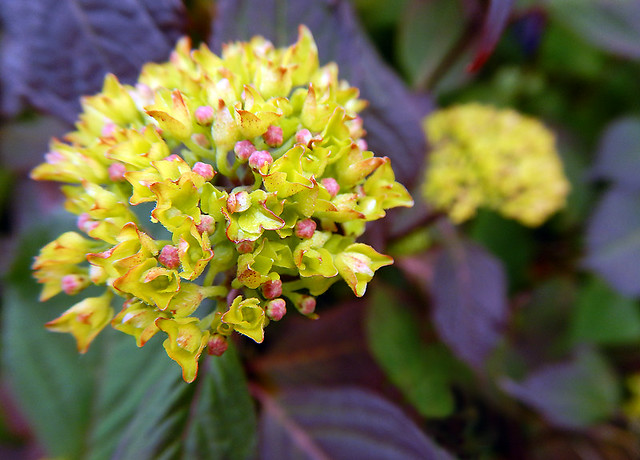 The gardeners often pick different themes for each year. This year there was an emphasis on big-leafed plants. 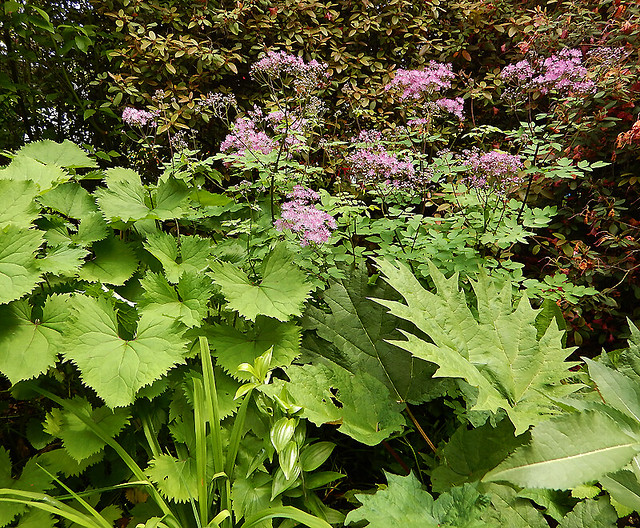 A number of ‘Elephant Ear’ plants appeared, this one with white-spotted leaves. 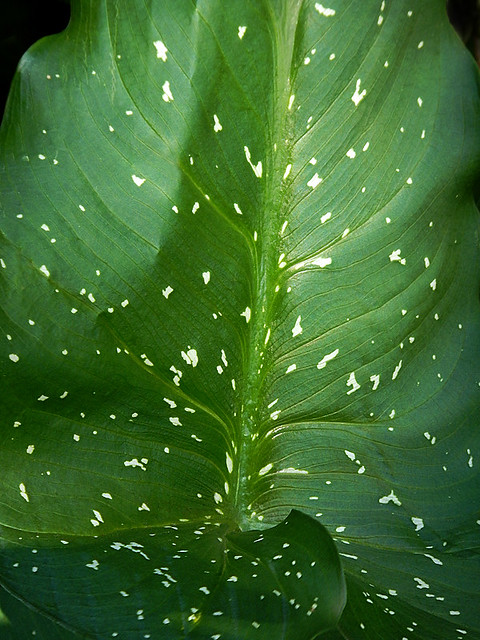 I love the purple-spattered green of these Elephant Ear leaves, each one looking like a painting. 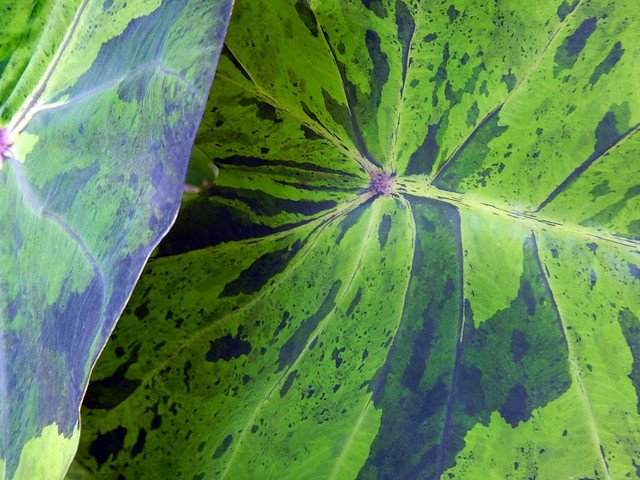 Tucked in the back these plants first appeared as large trefoil leaves, and then strange flowers appeared that looked like cobras; in fact they are known as Cobra Lilies. 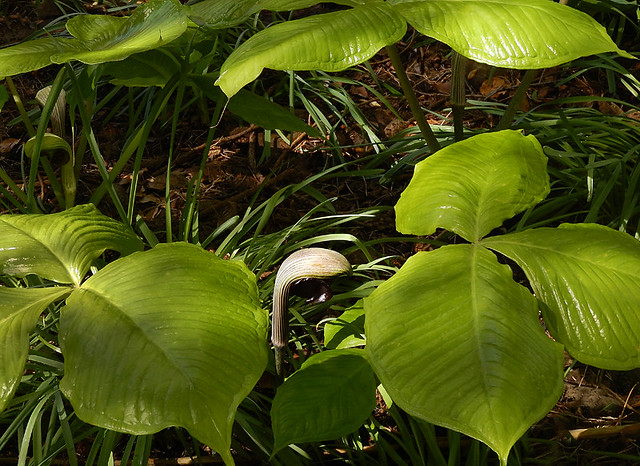 Purple Heart, Tradescantia pallida, is a vine that does well in hanging baskets or as a ground cover. It does need sun which is why it’s at the edge of this shade garden, along with the red New Guinea impatiens (Impatiens hawkeri), large-leafed patterned ‘Jack Frost’ Forget-me-nots, with ferns and bleeding hearts appearing as the garden becomes shadier. 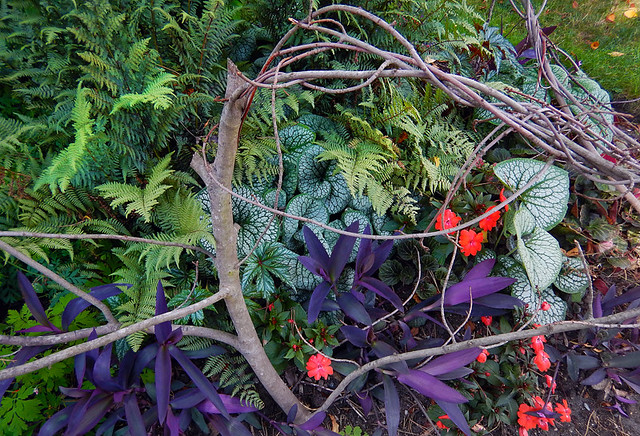