Over the last year or so I’ve been working on diptychs – playing with a combination of opposites and similarities.

I initially called them Natural, Unnatural, the majority being macros of tree bark (natural) combined with eroded urban objects (unnatural). The first two images are an example of this. 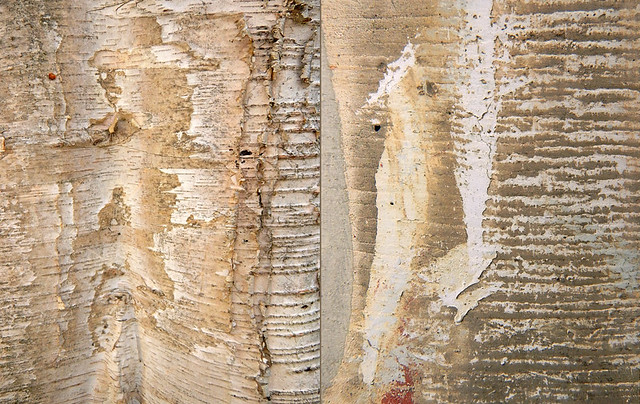 Organic, Man-made: Abstract diptych of tree bark with fungi combined with a fountain surround under renovation; also a dark fissure in light tree bark combines with a light ‘fissure’ in a dark background. 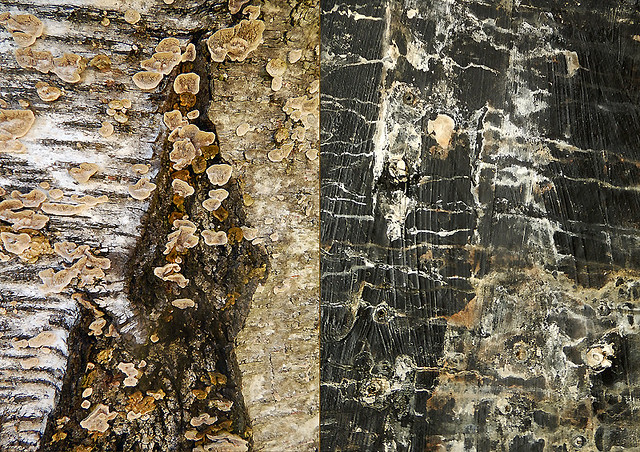 At some point I brought in rocks although never explored this much, still I thought I’d add them here since rocks are also natural…

Natural, Unnatural: Abstract diptych of rusty shale rock with a collection of black and white ripped posters on a lamppost. 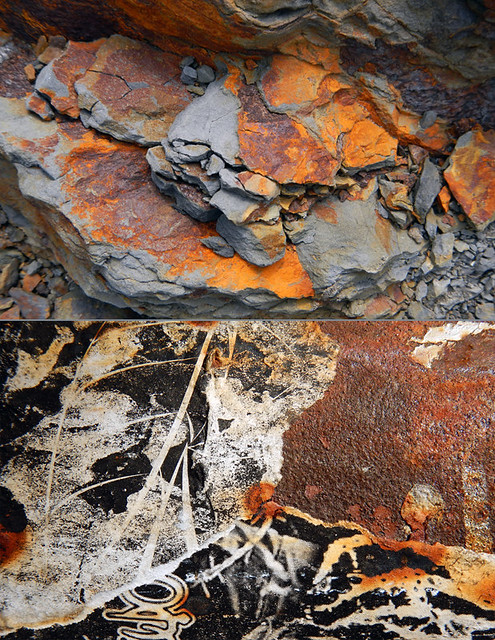 Natural, Unnatural: a selection from a rock wall in Banff, Canada, combined with another set of ripped posters. 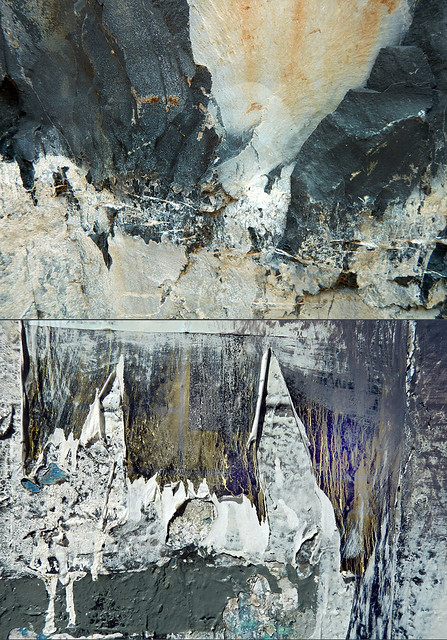 Two weathered walls, with opposite colouring: Abstract diptych of a grey wall with splotches of orange together with a orange wall with underlying grey wall exposed, both from Mexico. 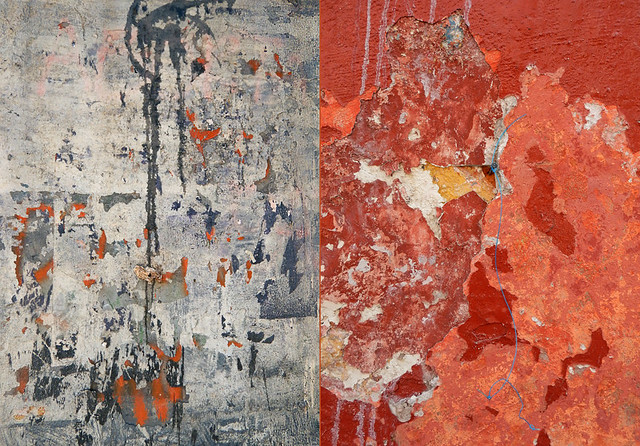 Summer/winter at the duck pond.

6 thoughts on “Using Opposites for Diptychs”