Nancy Merrill’s Challenge for this week is ‘Memes’, the combination of a quote and a photo.

Despite being a graphic artist in my former life I have never done a meme. However, I am currently doing 3rd editions for a Spanish course and the author has conveniently given me some quotes she wants in the books. Here is how they look in the first draft.

Simón Bolivar was a general who dreamed of a united South America.  His quote translates as, “When tyranny has made itself the law, rebellion is a right.”

From Gaudi, the architect of Barcelona’s art nouveau scene, “Beauty is the light of truth and because art is beauty, without truth there is no art.”

Now on to some photos that I felt particularly suitable for covers. Although these are not memes, a cover requires some space for text, the same as a meme. This photo of a cactus in front of a Mexican Hotel said ‘Last Chance Motel’ to me and I was envisioning a story about a group of characters down on their luck. 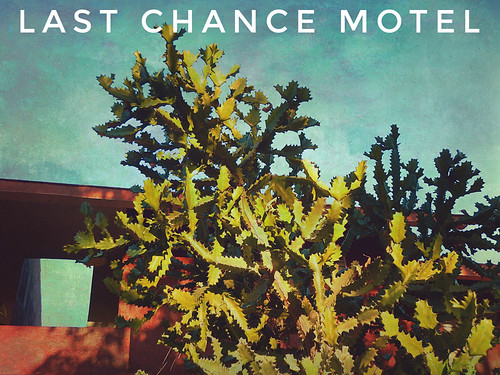 Of course this ‘fake’ cover is missing a lot of info that has to be put on a ‘real’ cover. I used a metal statue of Don Quixote that I found in Guatemala as the primary image for the cover of the third edition of Módulo 1. Don Q was carefully cut out of the background and place on a ‘Spanish gold’ background. This is the final front and back cover for the book with the text in the middle being for the spine.

At this point I panicked. I had two more levels to do and I couldn’t find any other images appropriate for cutting out. Then I did a Challenge by Nancy Merrill on ‘Pink’ and while I was working on some images of Rosa mexicana (Mexican pink) I had a vision of a cover with a cactus in front of a Rosa mexicana wall. Possibly I was inspired by this wall, which is in Mexico City, and is also something that I wouldn’t mind making a book cover of, maybe also for the ‘Last Chance Motel’.

Incidentally, this pink wall is NOT Rosa mexicana.

This is what Rosa mexicana looks like. The cactus is the same one as in my first ‘fake’ cover, photographed against a blue sky and therefore very easy to cut out. It also wraps nicely around the back of the book. But I had trouble when it came to adding all the text needed for a ‘real’ cover; the whole thing became very busy.

Another problem was that I had wanted a cactus significant to the Meso-Americans such as an agave or prickly pear. This is the best photo of an agave suitable for cutting out that I could find amongst my photos. 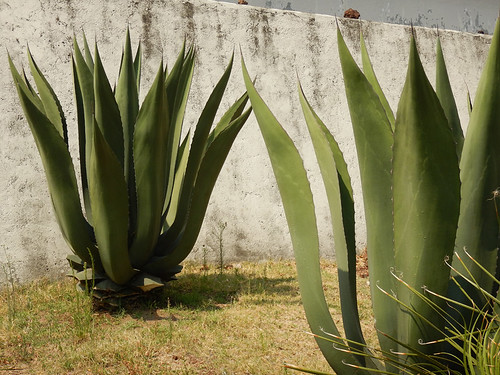 I’ve added a pre-Colombian stamp of a turkey from Veracruz and the ‘sun calendar’ stone from the Aztecs. At the moment I’m still having trouble fitting in all of the text elements for this version but hopefully it will eventually come to me.

The full cover, back and front, not finished.