There’s not much out there to photograph in Vancouver at this time of year.

Mostly I’ve been busy taking macros of ‘abstract textures’ found on dumpsters and lampposts, and combining them with macros of ‘tree bark’ that have interesting similarities and differences.

These two photos were sitting next to one another in my photos of Mexico City and I noticed an interesting dialogue happening between the two of them which set me off on a different sort of exploration. 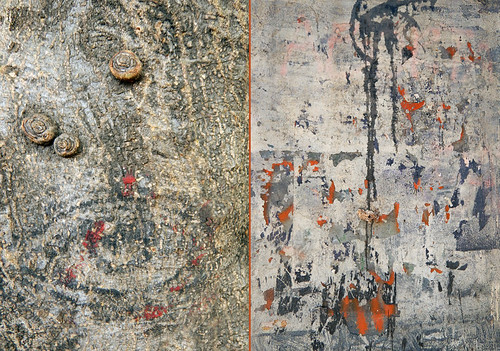 The rest of these ‘diptychs’ (except for the last) were taken in Vancouver during COVID. This is a fallen tree ‘collaged’ with a rusty cement mixer. 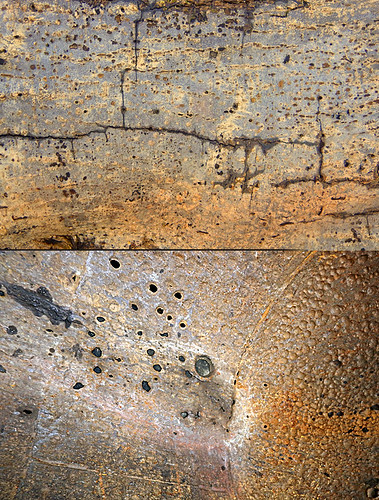 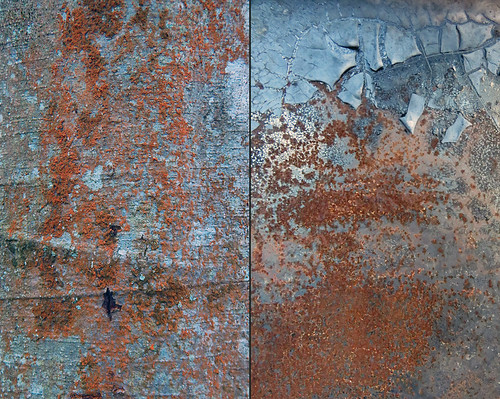 A combo of a dumpster with graffiti and a fallen tree, debarked, with insect tunnels. The patterns made by insects always look like some ancient script or runes, and besides, graffiti seems to me to often be a modern form of some indecipherable script. 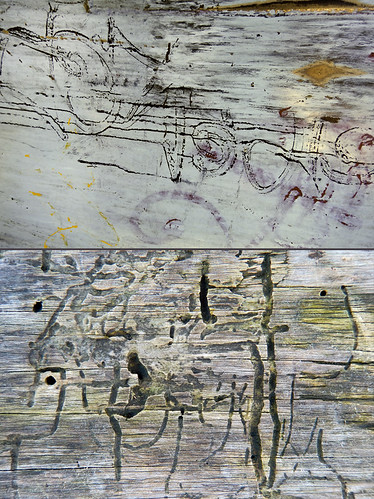 A collage of tree bark and scratched paper on a black lamppost. 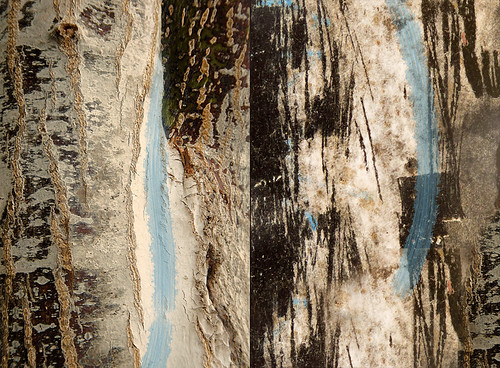 These two were taken over on Vancouver Island in February just before COVID hit; peeling paint on a rusty dumpster combined with the peeling bark of an Arbutus tree. 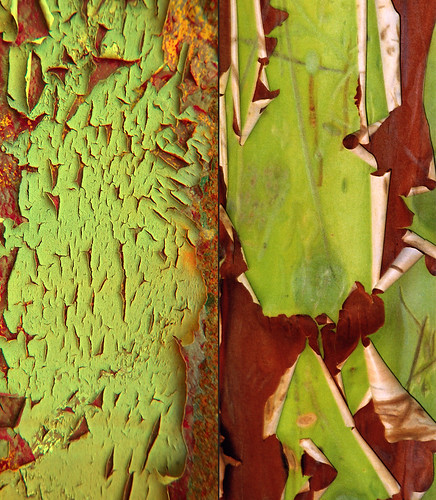 More of the Friendly Friday Challenge: Something Different.